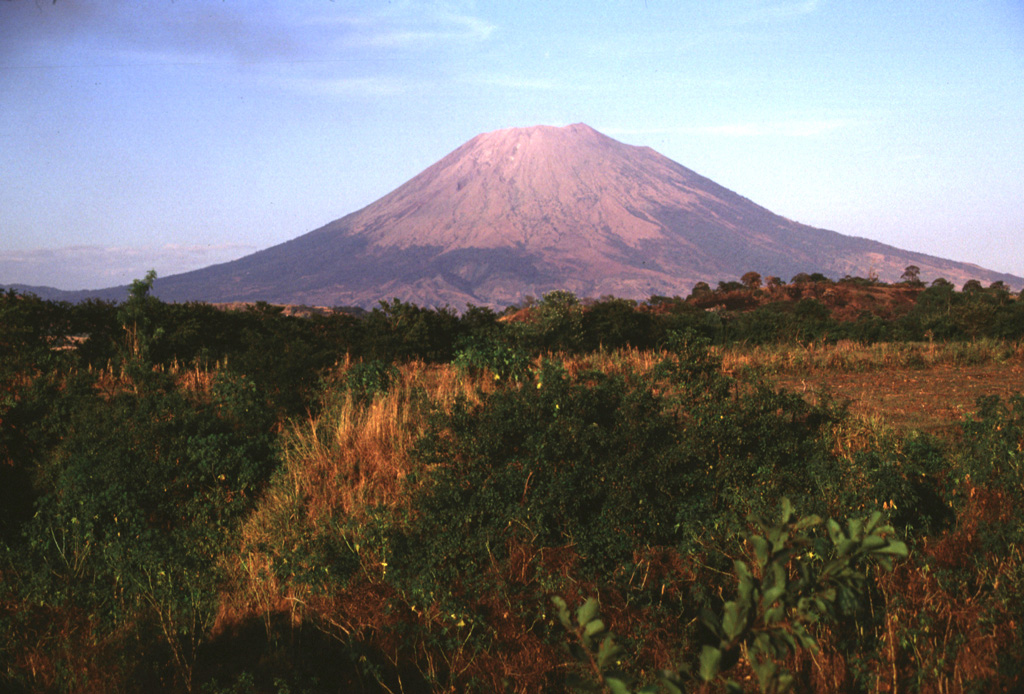 The SW side of San Miguel volcano towers more than 2000 m above the Pacific coastal plain; the base of the volcano lies only about 100 m above sea level. The symmetrical volcano is one of the most active in El Salvador and has produced dominantly basaltic and basaltic andesite lava flows and tephra. Frequent eruptions have kept much of the upper part of the edifice unvegetated. Flank vents are concentrated on the SE and NW quadrants of the volcano, but have been active during historical time on all sides.