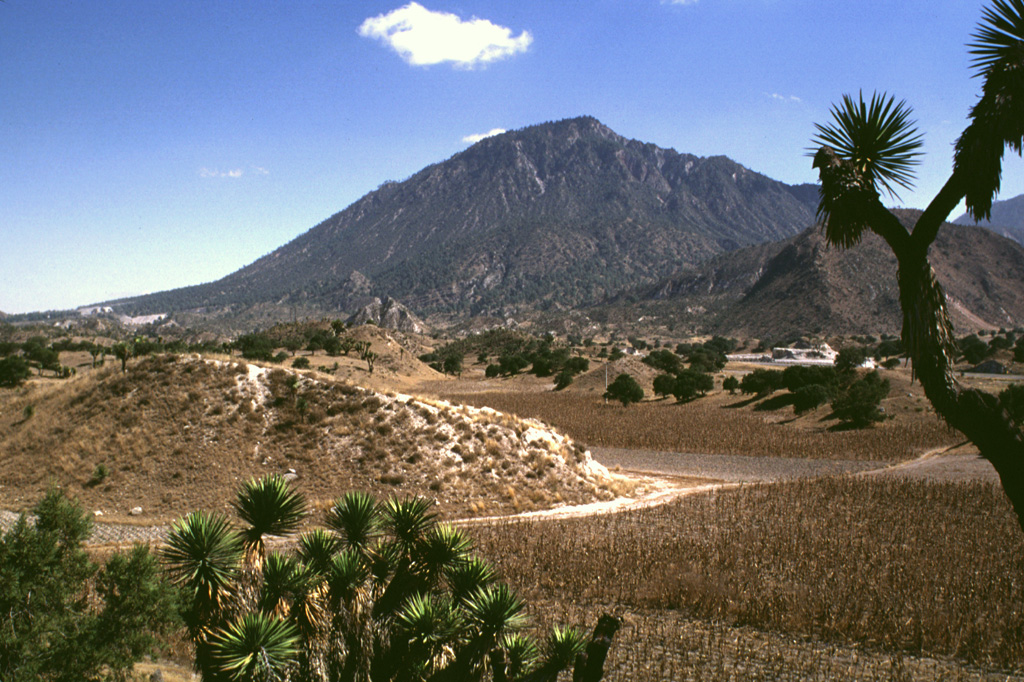 The NW-most of the two Las Derrumbadas lava domes is surrounded by hummocky debris avalanche deposits such as those in the foreground, that were produced by repeated collapse of the domes. The hummocks contain mixtures of rock types, including pyroclastic surge deposits, Cretaceous limestones, lacustrine sediments, and banded obsidians. These are thought to have originated from a former tuff ring that surrounded the lava domes. 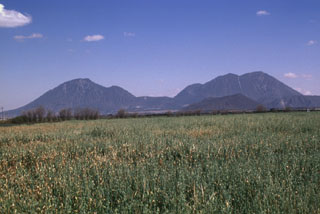