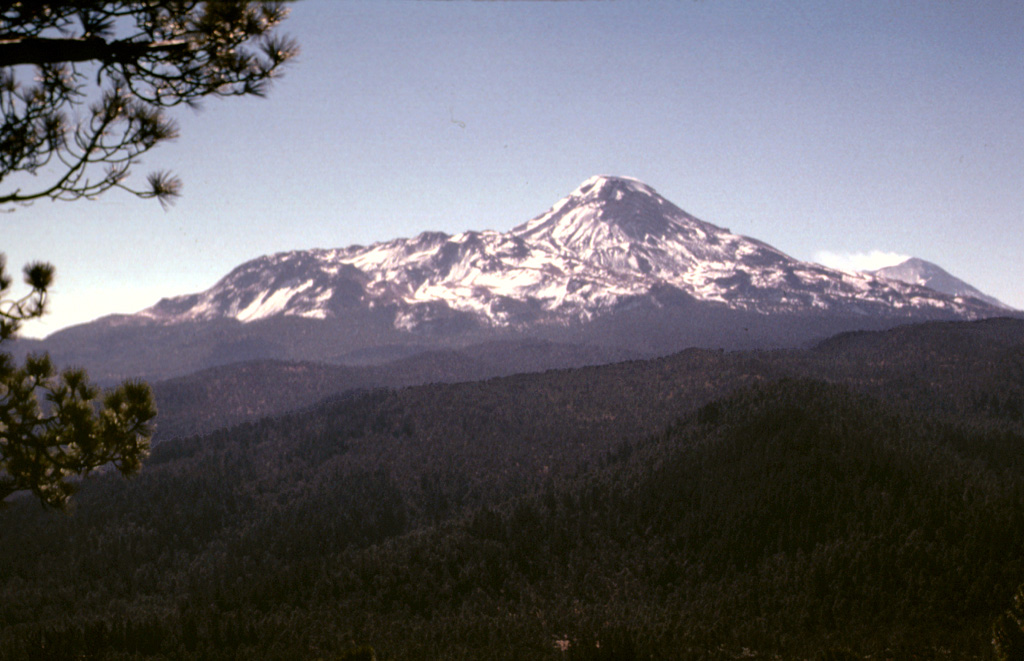 Iztaccíhuatl volcano presents a different profile from the north as seen from the summit of Papayo volcano. The northern base of the volcano is formed by the Llano Grande shield volcano (the oldest edifice of Iztaccíhuatl) and the NW-flank La Trampa lava flows. The low-angle ridge extending to the NE (left) consists of the Teyotl dacitic lava flows, erupted from a vent on the upper northern flank about 80,000 years ago. A steam plume pours from the summit of Popocatépetl volcano at the extreme right.