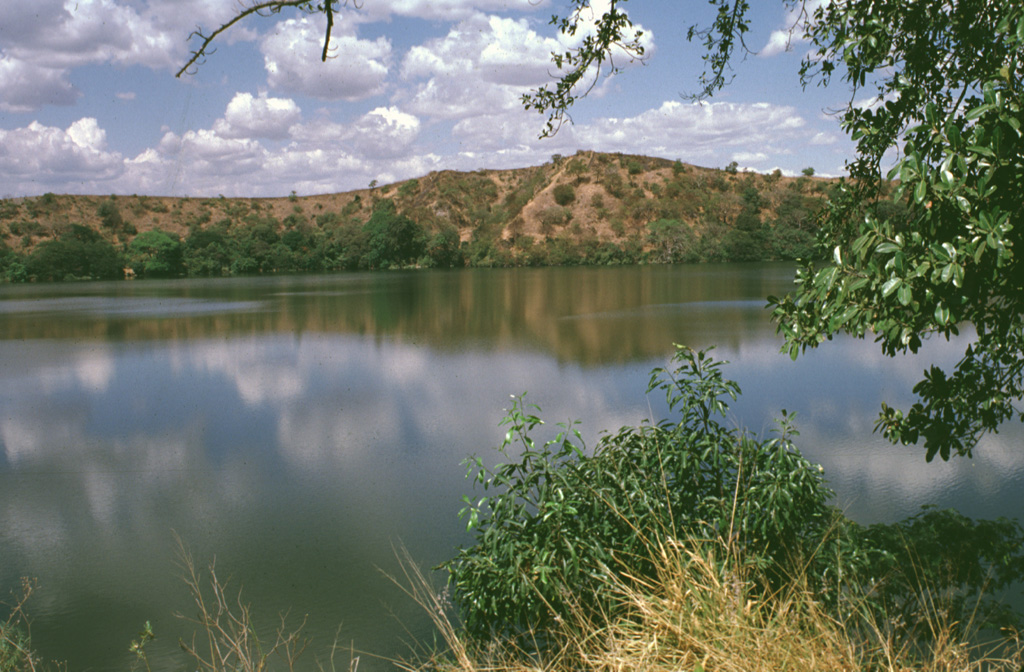 A solitary, 600-m-wide lake, Laguna Aramuaca, occupies a low-lying area about 10 km SE of the city of San Miguel. The low northern wall of the maar is seen here from the southern rim of the 1-km-wide crater. The Pan-American highway swings around the south side of the maar, which was erupted through sediments immediately north of the Río Grande de San Miguel. The rim of the maar rises about 50-100 m above the countryside and reaches only 181 m above sea level. 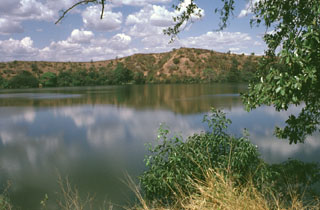