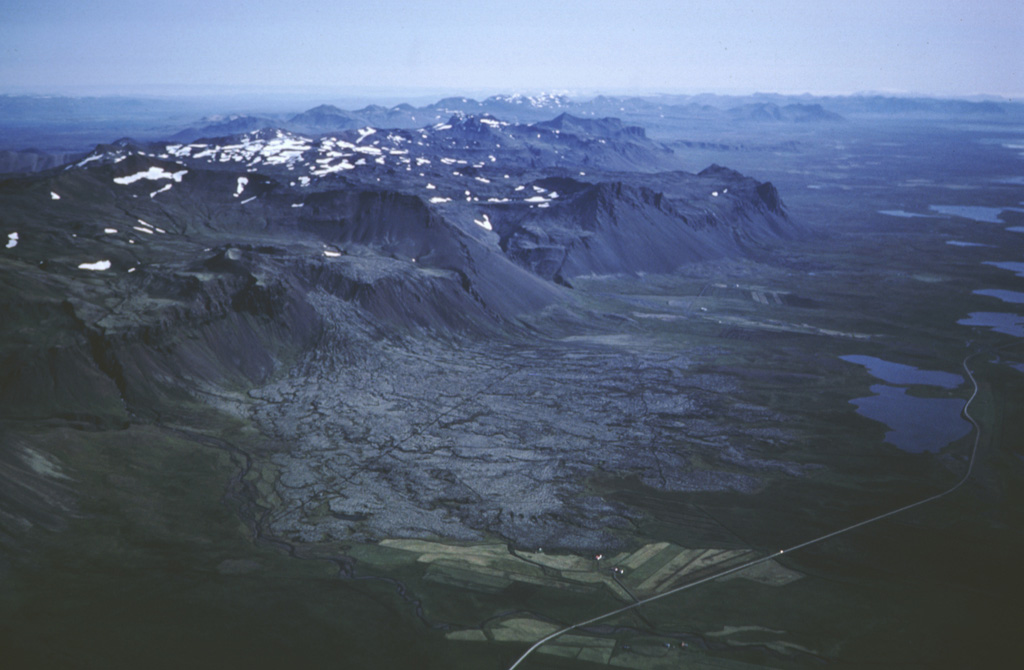 An aerial view looking east down the Snaefellsnes Peninsula shows the Bláfeldarhraun lava flow in the foreground, which originated from a pyroclastic cone in the highlands. The cone and flow are part of the Helgrindur (Lysuhóll) volcanic system, which consists of a chain of small alkali olivine basaltic cinder cones and vents along a WNW-ESE line cutting across the central Snaefellsnes Peninsula. 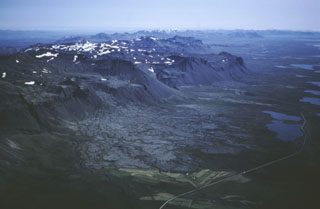