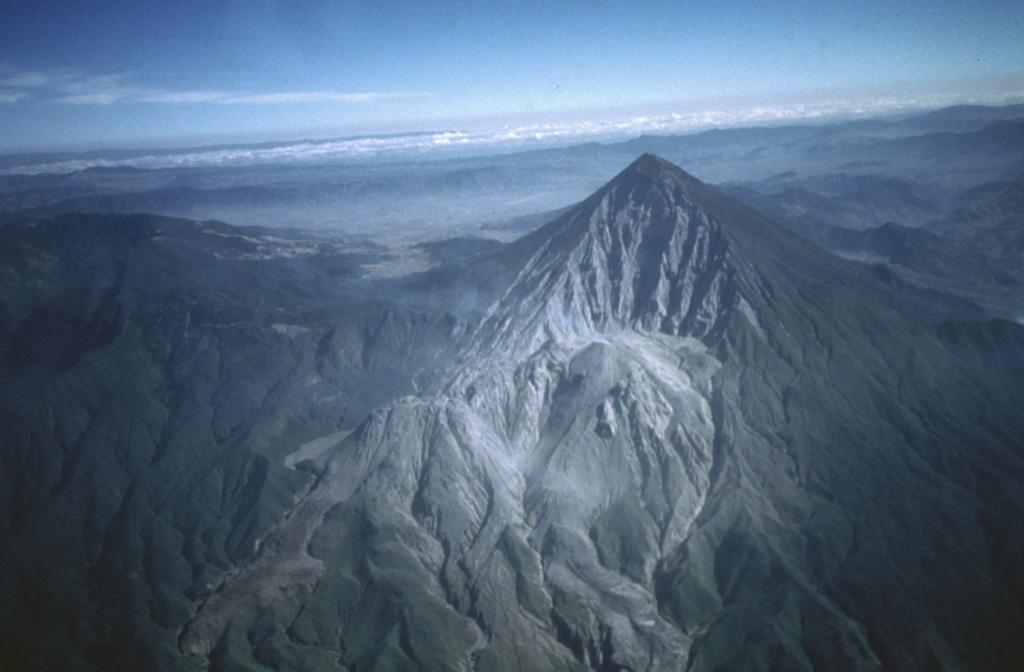 Santa María is one of the most active volcanoes in Guatemala. Its morphology changed drastically in 1902 when a catastrophic eruption formed a 1-km-wide crater. The large Santiaguito lava-dome complex (center) has been growing at the base of the 1902 crater since 1922. Lava flows can be seen down the flank. Dome growth is accompanied by frequent minor explosions, along with periodic lava extrusion, larger explosions, pyroclastic flows, and lahars.