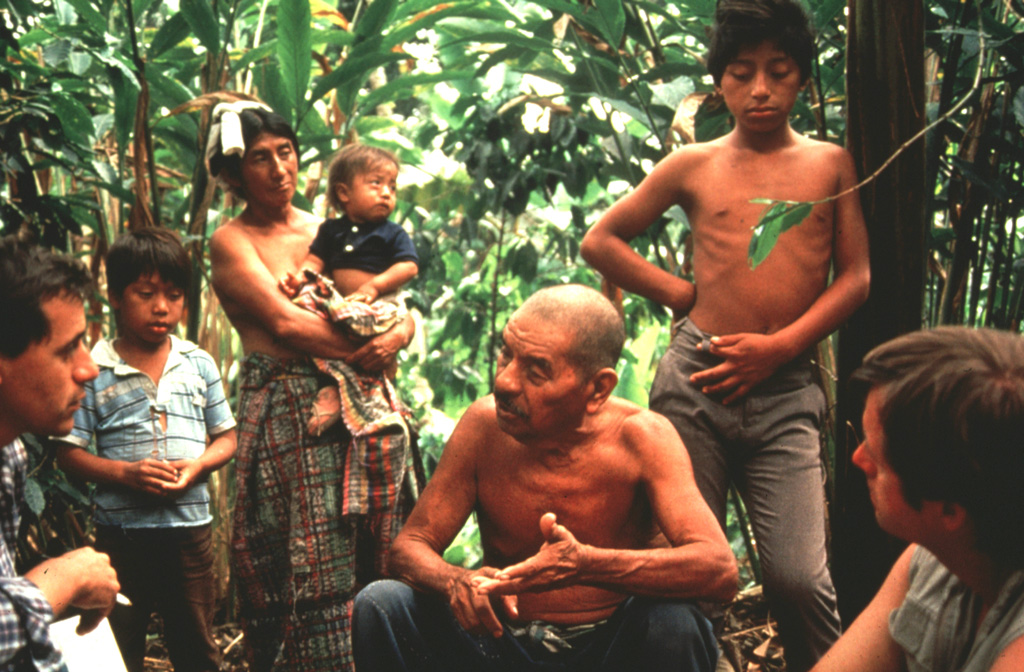 Volcanologist Bill Rose (right) and colleagues interview Don Patricio Parouche (center), an eyewitness of the catastrophic 1929 eruption of Santiaguito. This eruption was the largest during the more than 3/4 century growth of the lava dome and produced pyroclastic flows that extended 10 km, nearly to the location of the village of El Palmar. Hundreds to perhaps thousands of people were killed during this eruption.