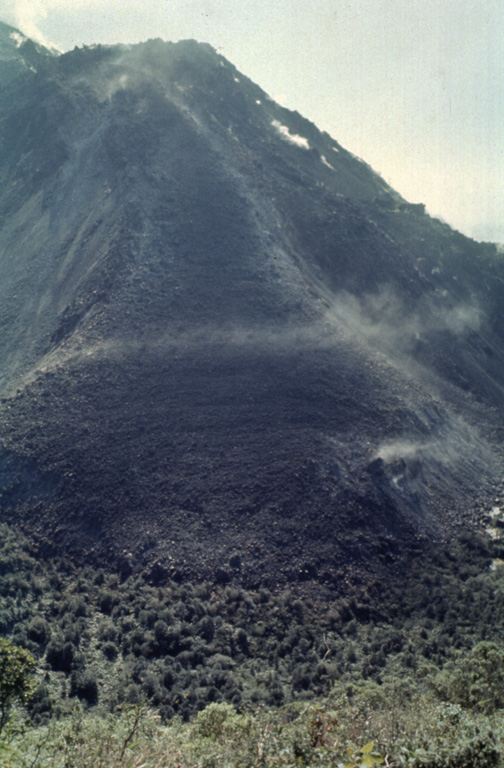 This lava flow descended the northern flank of El Brujo on Santiaguito. El Brujo, seen here from the La Loma trail, is the westernmost of the Santiaguito lava dome complex that began erupting in the late 1950s.