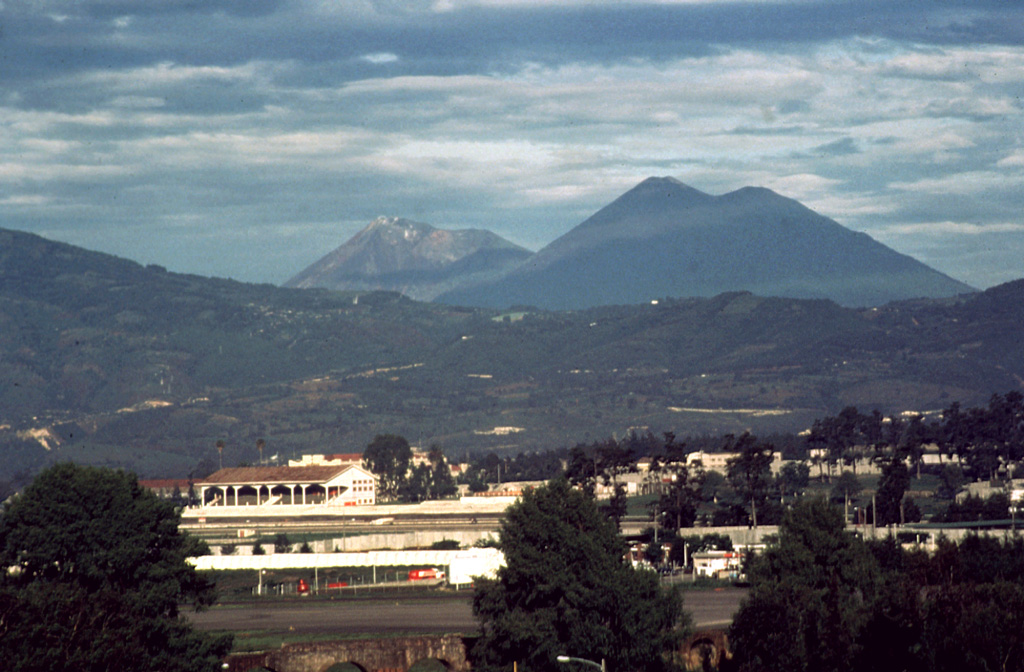 Acatenango (right) is seen here with Fuego at the center in 1986. Volcán Acatenango was constructed during three eruptive periods post-dating the roughly 84,000-year-old Los Chocoyos Ash from Atitlán caldera. The eruptive period of Yepocapa, the northern peak of Acatenango, ceased about 20,000 years ago. The eruption of the southern and highest cone, Pico Mayor began at that time.