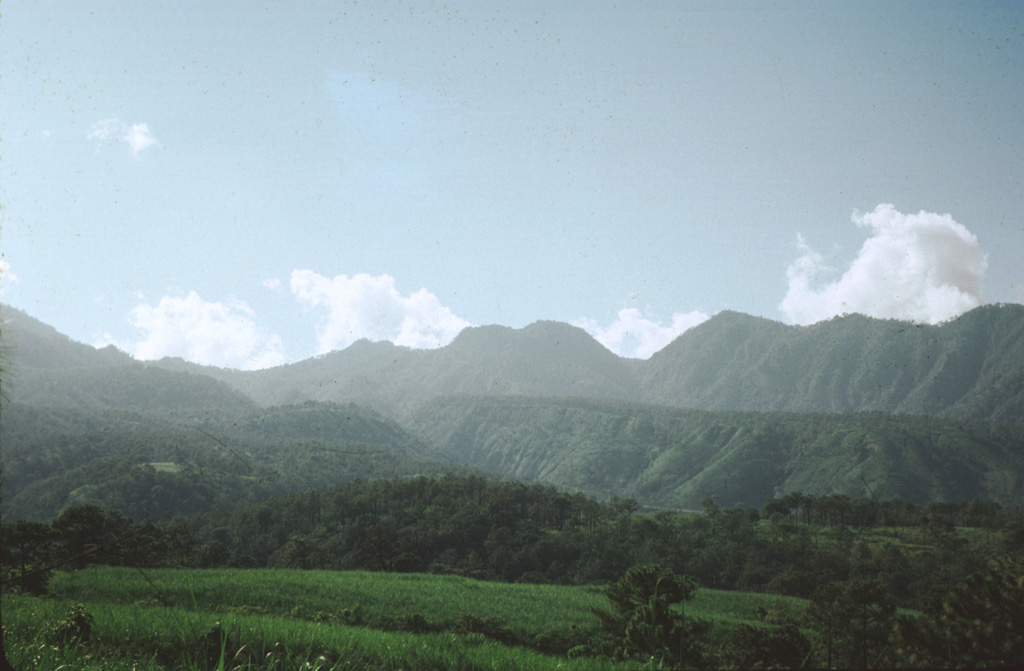 Volcán San Juan, the NW-most major volcano of the Mexican Volcanic Belt, displays an irregular profile west of the city of Tepic. The northern wall of a 1 x 4 km wide, oval-shaped caldera that was created about 15,000 years ago forms the right-hand horizon. The rounded notched peak on the center horizon is an intracaldera lava dome that was constructed shortly thereafter. The flanks of Cerro Alto stratovolcano, the 2240 m high point of the San Juan volcanic complex, can be seen at the extreme left. 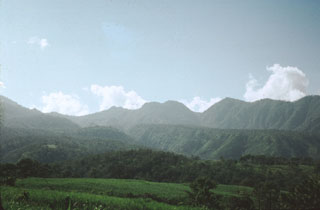