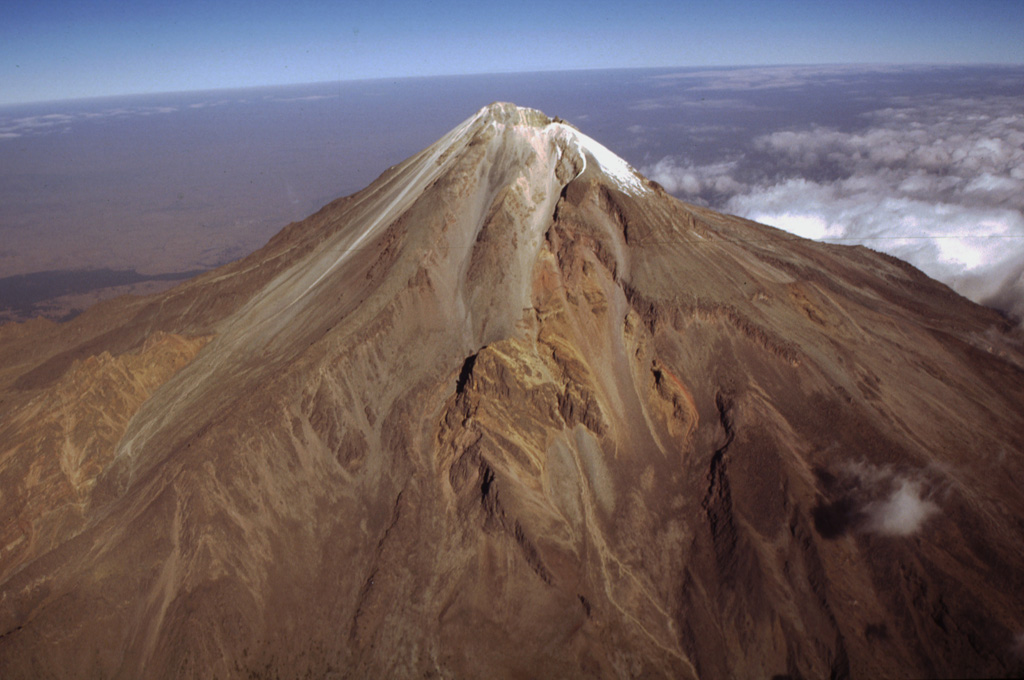 México's highest volcano, Pico de Orizaba, is seen here in an aerial view from the SE. The modern Citlaltépetl cone, marking the upper part of the volcano, was constructed within horseshoe-shaped scarps formed by previous edifice collapse events. The orange-brown ridges at the middle left and center are remnants of the oldest edifice, Torrecillas. The lighter-colored area between these two ridges is a thick, historical, lava flow that was erupted from the modern cone.