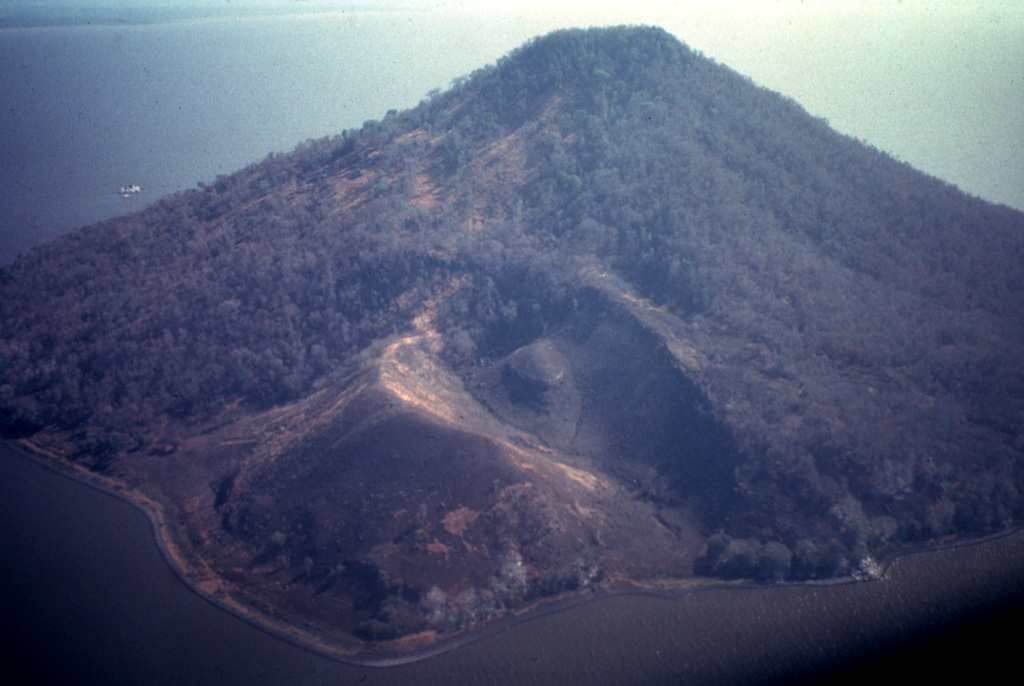 Isla Momotombito is a small 391-m-high island located immediately SE of Momotombo about 4 km off the coastline of Lake Managua. Punta Santa Ana, the peninsula in the foreground, consists of a young pyroclastic cone on the WSW side of the uninhabited, rattlesnake-infested island. Numerous archaeological sites have been found on the island.