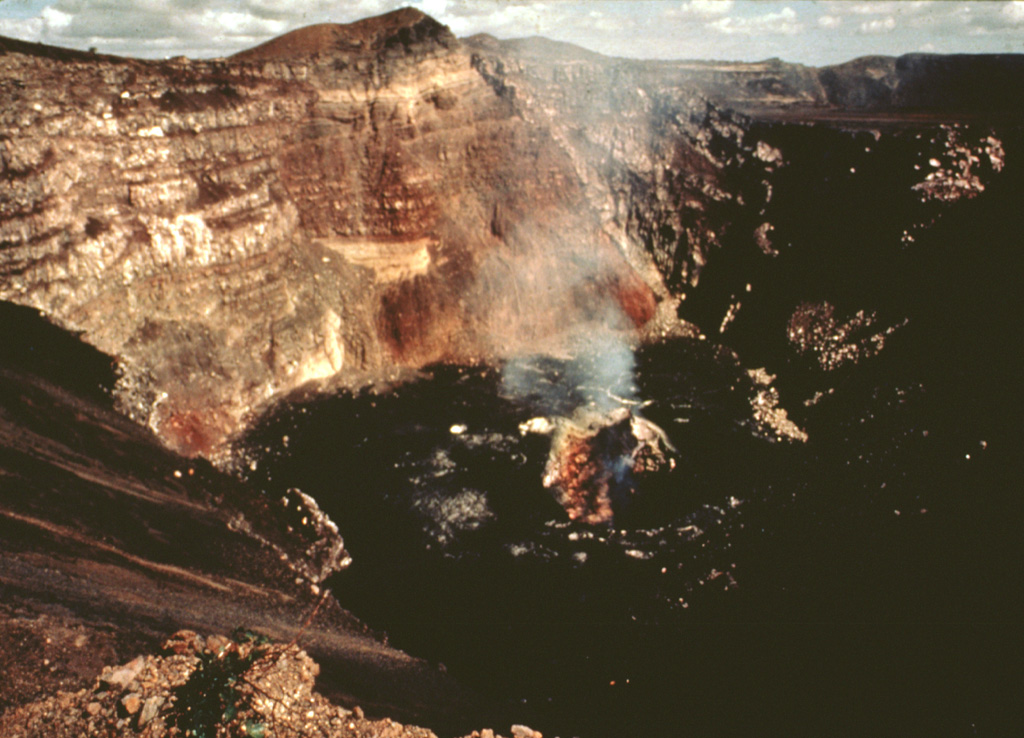 Fume rises in 1978 from a vent on the floor of Santiago crater, seen here from its SE rim. The floor of the crater is covered by fresh lava flows erupted between 1965 and 1972. A lava lake was present on the part of the crater floor until 1979, and intermittent explosive activity continued until 1985.