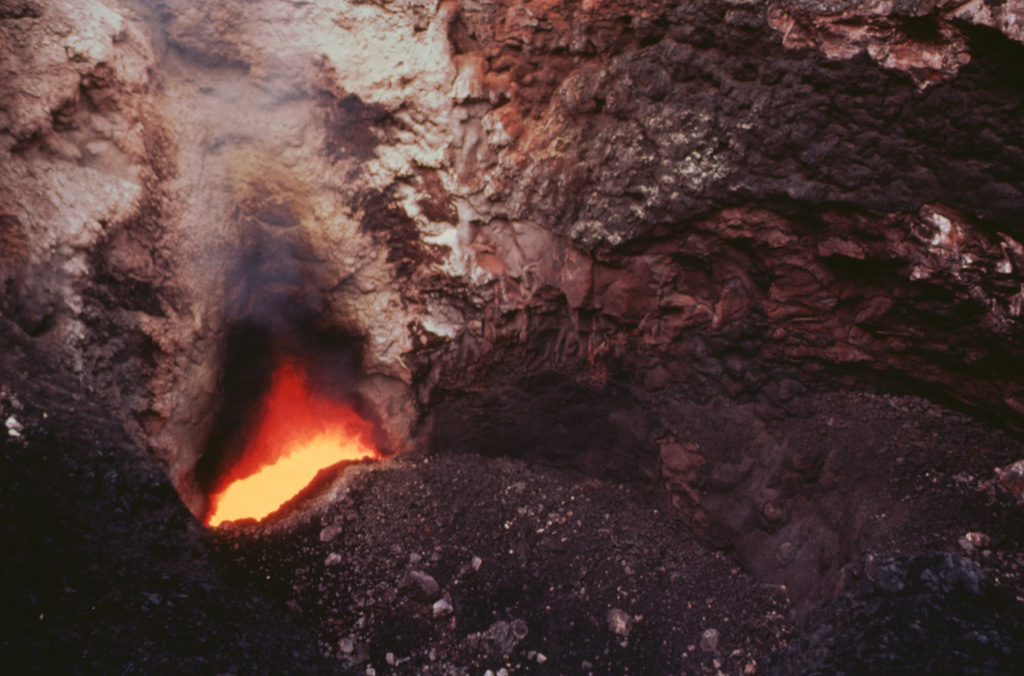 Incandescent magma is visible in 1996 at the bottom of Santiago crater from a vent below the south crater wall. A small strombolian eruption on December 5, 1996 ejected blocks (<10 cm in diameter), ash, and Pele's hair. Some of the inner crater walls collapsed, partly closing the incandescent vent. Prior to this eruption the vent's gas temperature was 1,084°C; afterwards, it dropped to 360°C.