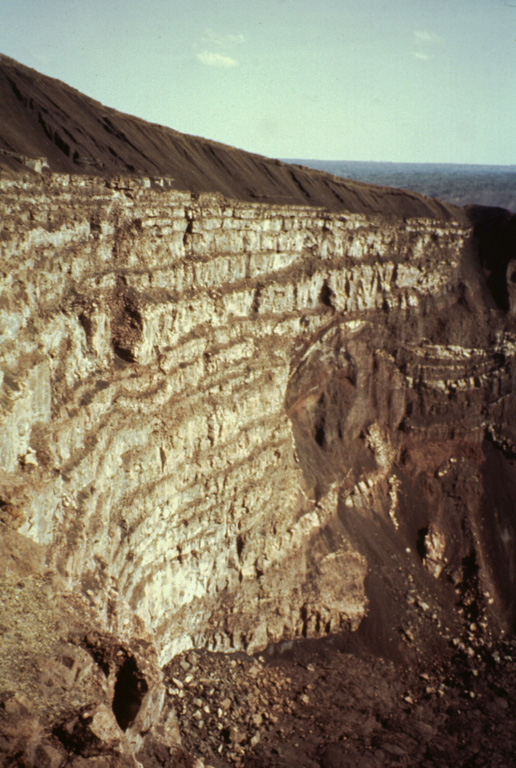 Santiago crater was initially formed in 1853, but the present pit crater formed during the 1858-1859 eruption. A column of flames and ash eruptions were reported on January 27 and March 27, 1859 accompanied by collapse of Santiago and San Pedro Craters. After its initial collapse, Santiago pit crater was a vertical cylinder about 150 m deep and 600 m across. By the time of the 1865 visit of Seebach, the craters had evolved to their present configuration.