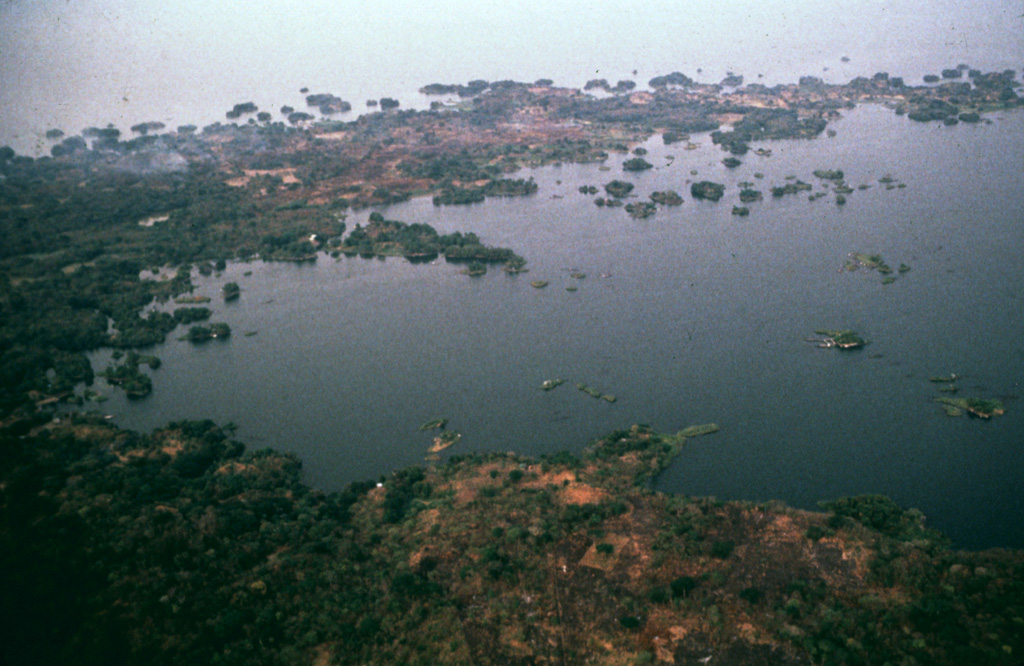 The arcuate Aseses Peninsula extending 5 km into Lake Nicaragua was formed when the NE flank of Mombacho volcano collapsed producing a highly mobile debris avalanche that swept into the lake. Flanking the peninsula are hundreds of small islands, known as Las Isletas, or Isletas de Granada. These are the tops of hummocky terrain formed of debris from the avalanche, which traveled as far as 12 km from the volcano.