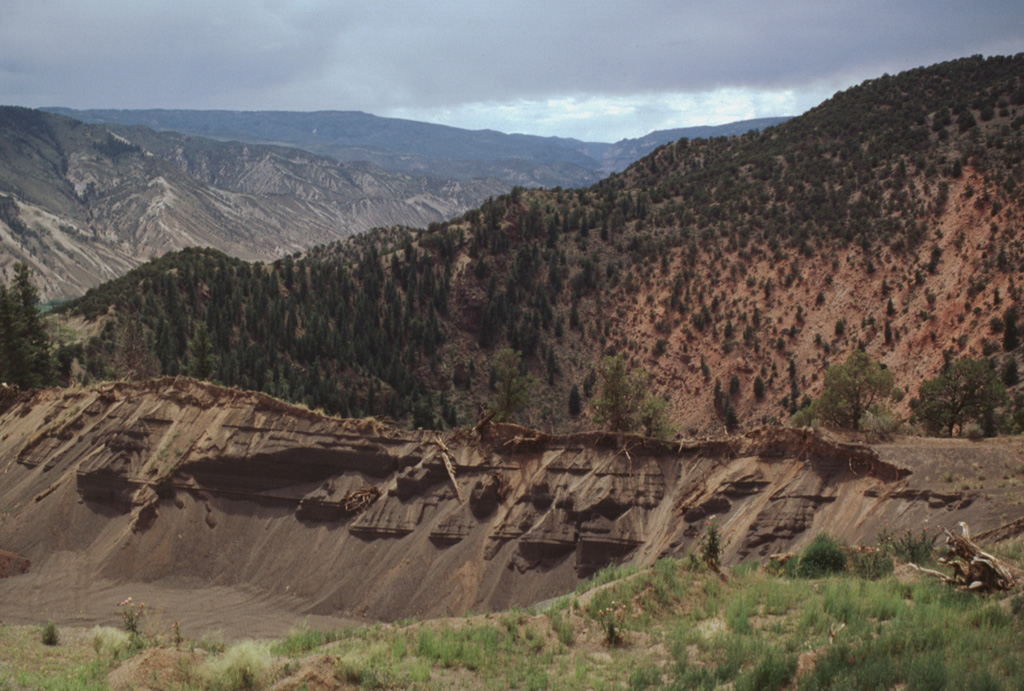 During the mid-Holocene a maar was formed in central Colorado near the junction of the Colorado and Eagle Rivers west of the Gore Range. The quarry in the foreground is cut into basaltic tephra deposits on the rim of the maar. The 700 m wide maar is 400 m deep and cuts a ridge of evaporites and reddish oxidized sandstones of Pennsylvanian age, which can be seen on the far crater wall. The maar was erupted about 4150 radiocarbon years ago and is the youngest volcanic feature of Colorado. The Eagle River lies to the south in the valley beyond the crater. 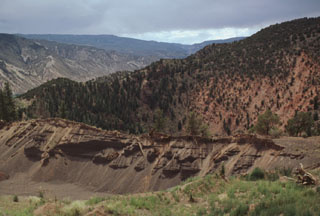