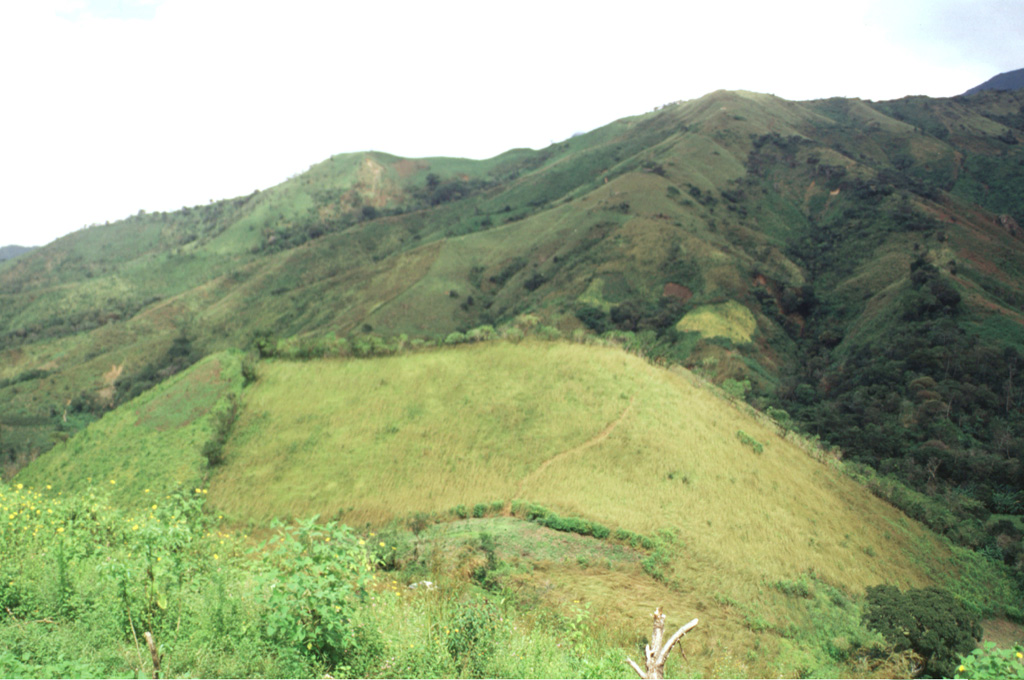 The Media Luna scoria cone in the center of the photo formed in the middle of the Media Luna valley immediately NW of the settlement of the same name. The cone contains two craters and it opens up towards the west. A lava flow from the base of the cone traveled about 3 km down the valley. A radiocarbon date of about 360 years ago was obtained from sediments within a lake formed by the flow. 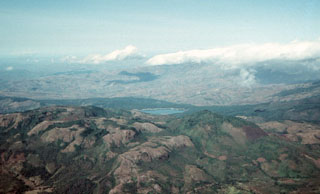