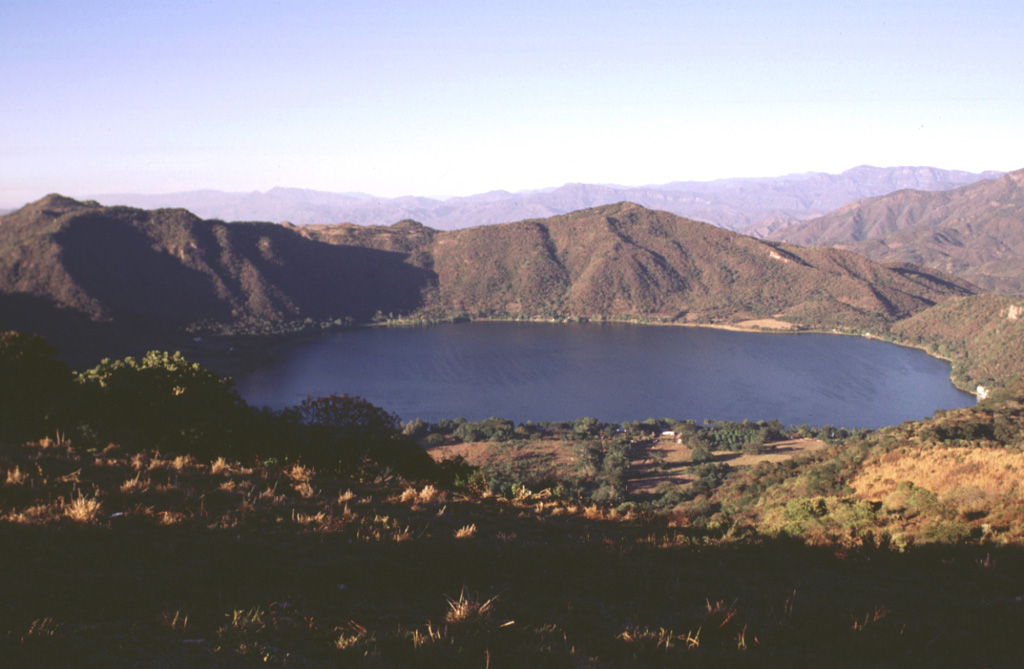 The scenic lake-filled Santa María del Oro maar, erupted through older Miocene rhyolitic tuffs, is one of the many dramatic volcanic features of the Tepic-Chapala graben. The southern rim of the maar (foreground) is reached by a road from the town of Santa María del Oro. The peaks of Cerro Los Lobos form the northern rim on the far side of the maar and rise about 400 m above the Laguna Santa María crater lake. Pyroclastic-surge deposits occur in valleys to the north and in some cases along the walls of the crater. 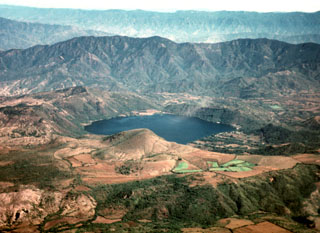