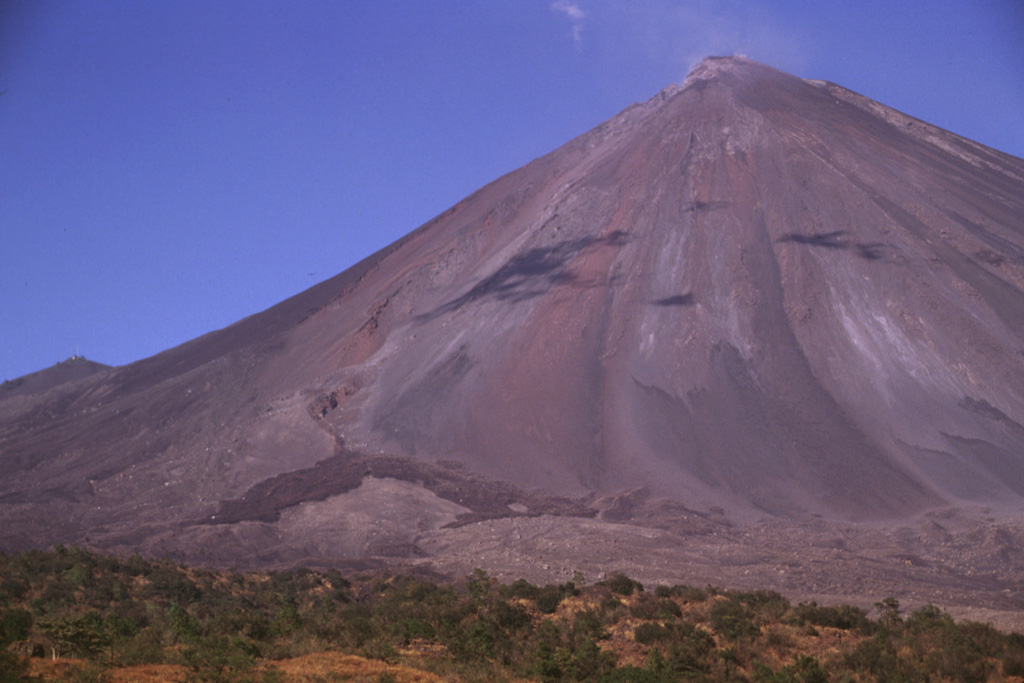 Frequent eruptions from MacKenney crater have kept the flanks of the volcano free of vegetation. The summit of the cone towers more than 1000 m above its base. The darker area at the lower left-center in this February 1999 photo is a September 1998 lava flow from a vent on the lower SW flank at about 1800 m elevation that bifurcated into lobes that traveled to the SW and south. The lighter-colored area below the flow extending to the right margin of the photo is a 2-km-long debris-avalanche deposit formed when the summit crater rim collapsed.