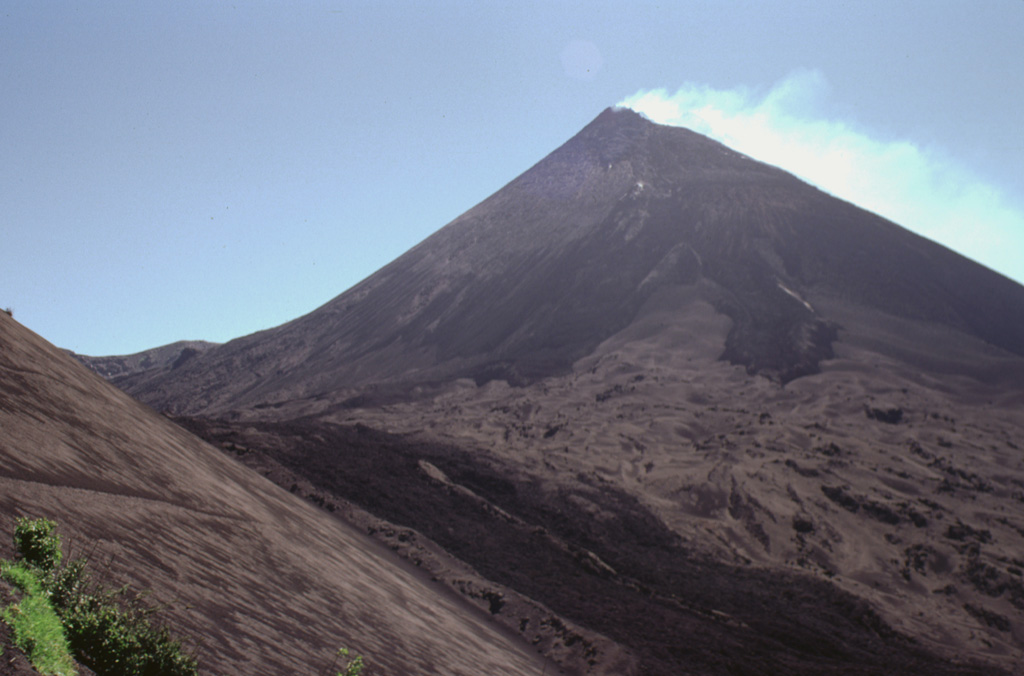 The degassing MacKenney cone at Pacaya is seen here from the NW below Cerro Chino scoria cone, whose ash-covered flank appears to the left. Darker lava flows that were erupted in 1998 descend from the summit and down the moat to the left. This flow and the two dark lobes above were erupted during the 18-19 September 1998 eruption. Lighter tephra deposits between the flows cover previous lava flows.