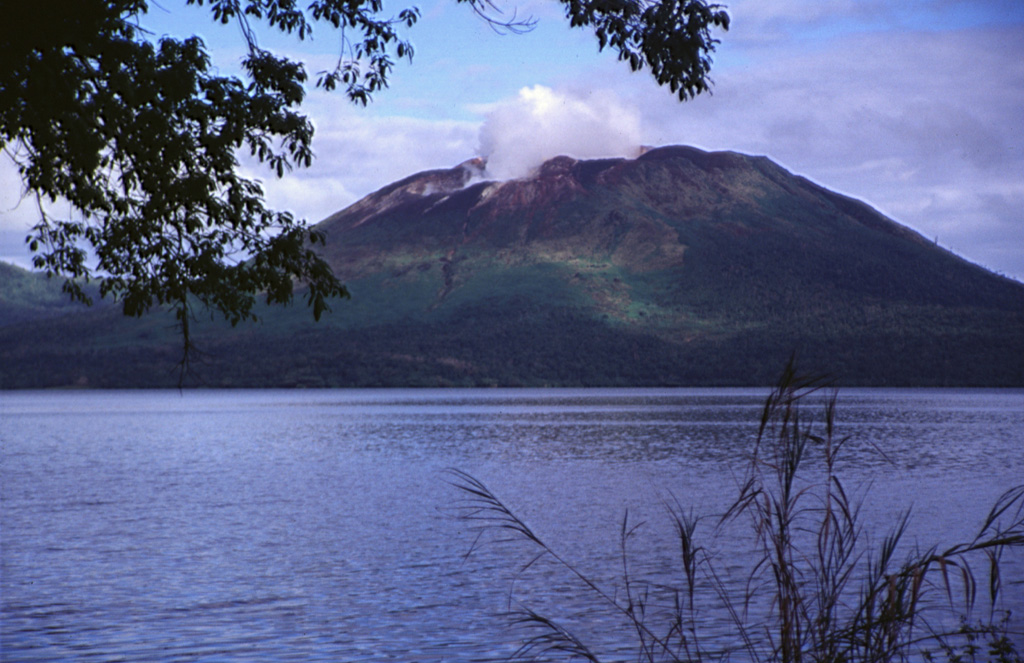 A plume rises from the active crater of Mount Garat in this view across Lake Letas, within the 6 x 9 km summit caldera of Gaua volcano (also known as Santa Maria). Three craters are located at the top of Mount Garat. The onset of eruptive activity from a vent high on the SE flank in 1962 ended a long period of dormancy.