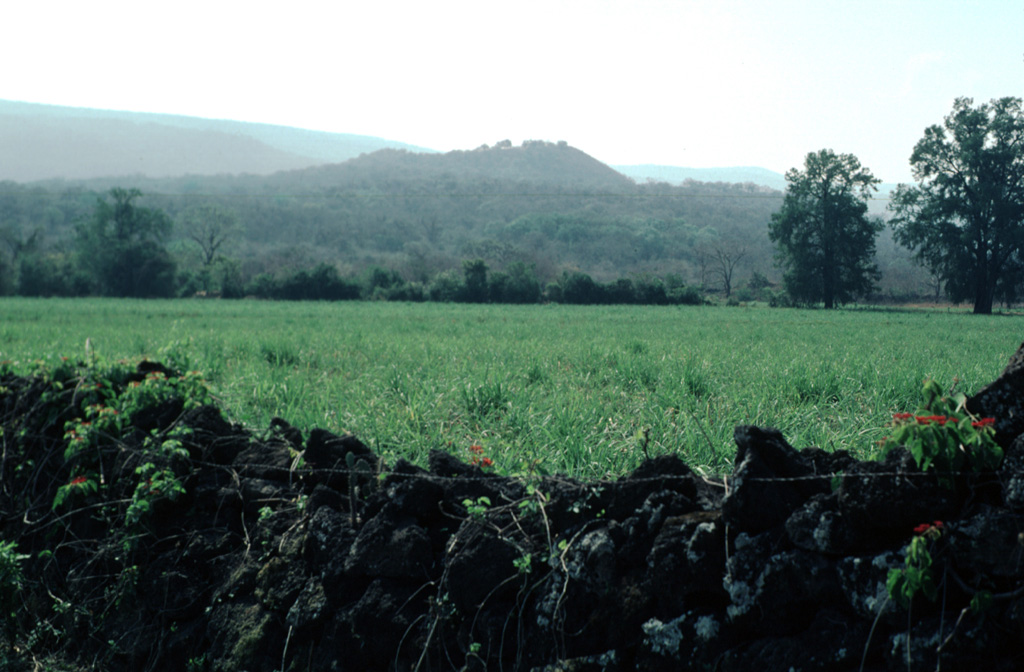 Cerro el Mocajete, seen here from the NW with a wall formed of lava blocks in the foreground, is one of the many pyroclastic cones of the Tertiary-to-Quaternary Los Flores volcanic field. It lies in one of many NNW-SSE-trending fault-bounded valleys of the limestone Sierra Madre Oriental, to the west of a lengthy lava flow originating from Cerro Partido. These volcanoes are located in the rugged Sierra Madre Oriental at the conjunction of the states of Tamaulipas, Nuevo León, and San Luis Potosí. 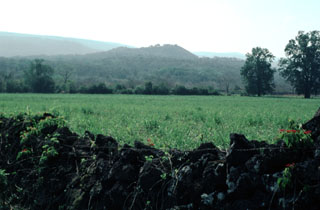