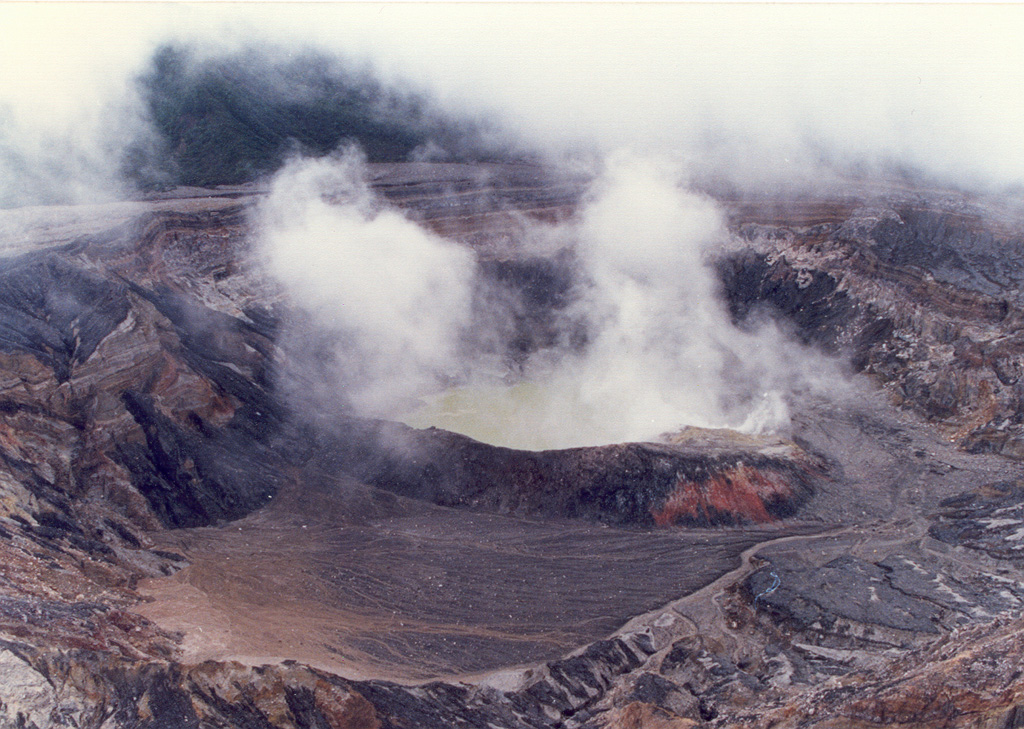 The quiescent Poás crater lake is seen here on October 4, 1987, during an intermittent eruption lasting from June 1987 to June 1990. Sporadic geyser-like phreatic explosions had resumed at Poás in June 1987 and continued until at least October 1988. The crater lake disappeared by April 1989, and in the following month ash plumes reached heights of 1.5-2 km above the crater.