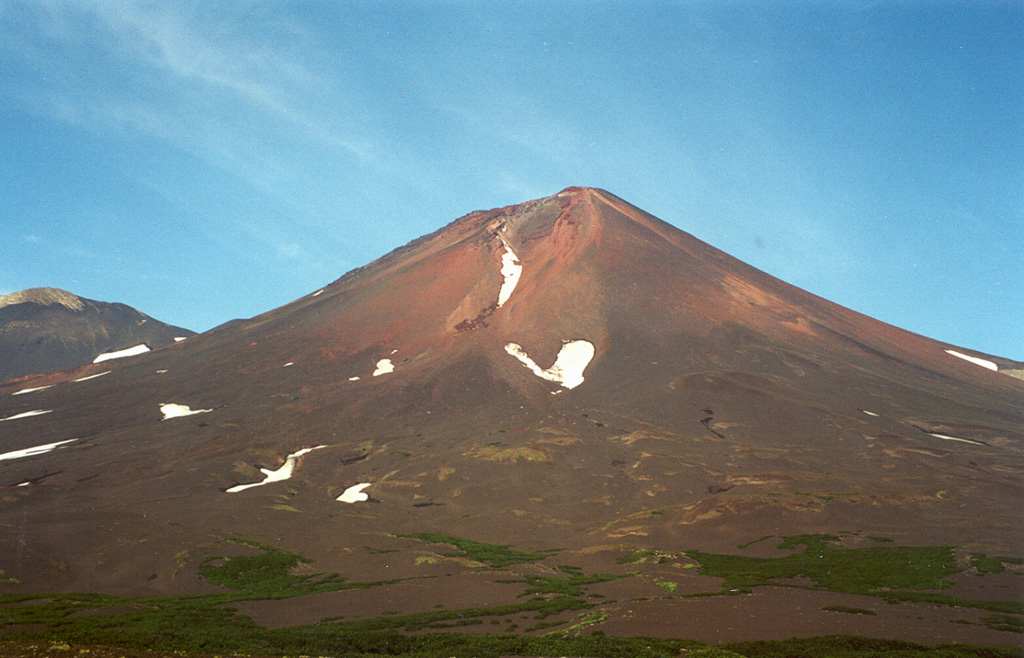 Chikurachki, the highest volcano on Paramushir Island, is a relatively small cone constructed on a Pleistocene edifice. The eastern side is seen here with oxidized (orange-red) scoria covering the upper part of the cone. The peak to the left is part of the Tatarinov group of six volcanic centers, located immediately to the south. The Tatarinov volcanoes are eroded and all but one of the historical (pre-2000) eruptions of the Chikurachki-Tatarinov complex have occurred from Chikurachki.