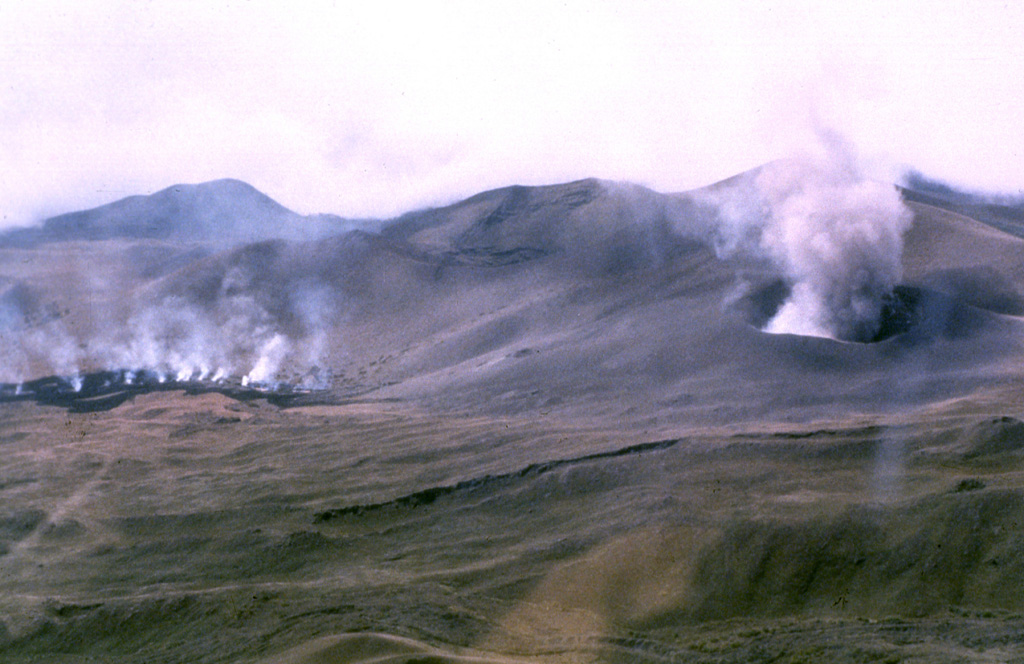 Plumes rise from a crater and a lava flow near the summit of Mount Cameroon in 1982. More than 100 small cinder cones, often fissure-controlled parallel to the long axis of the massive 1,400 km3 volcano, occur on the flanks and surrounding lowlands. During historical time, explosive and effusive eruptions have occurred from both summit and flank vents. In 1922, a lava flow from a SW-flank vent reached the Atlantic Ocean.