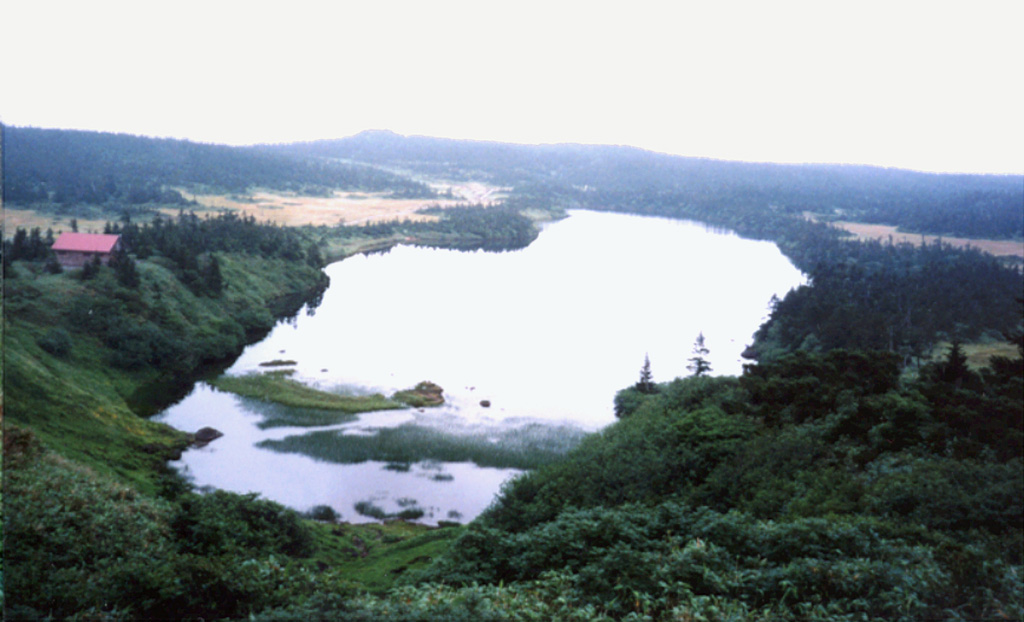 A series of craters, some filled by lakes, dot the undulating summit plateau of Hachimantai. The volcano produced vents during the Pleistocene, and lava flows from the center of the complex. Circular craters are located near Komonomore and Mokkodake in the center of the plateau. 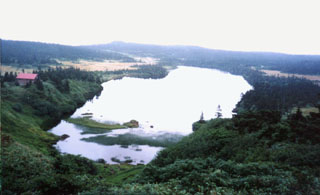