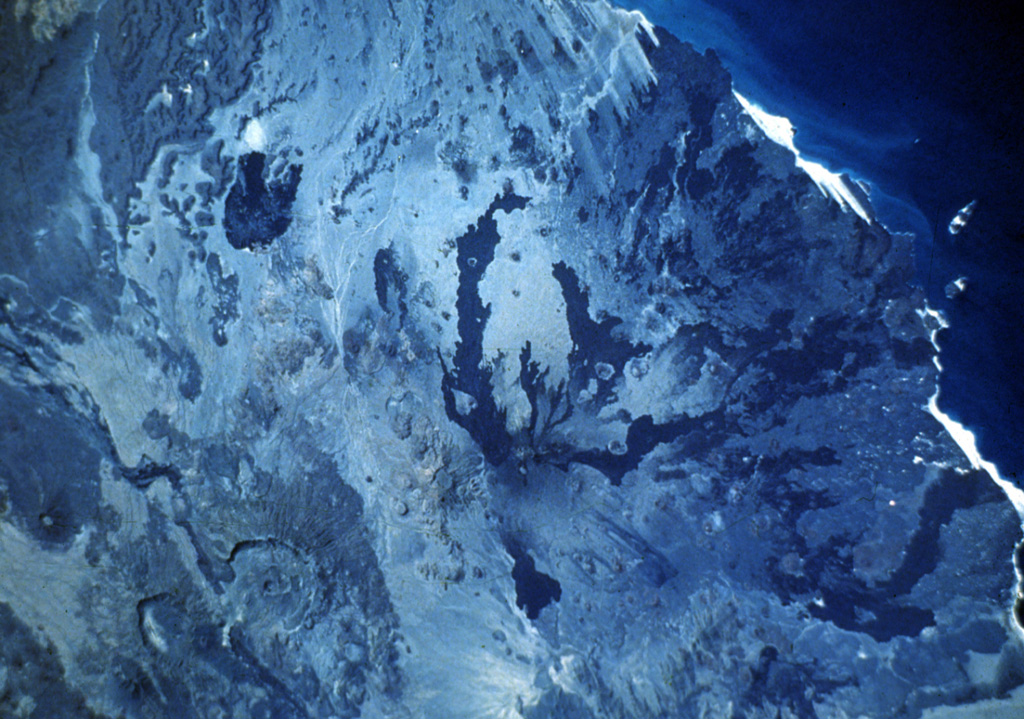 Dark-colored lava flows radiate away from the summit of Dubbi volcano in this Space Shuttle image with the Red Sea at the upper right. The two most recent eruptions were fed by fissure systems that extend NW-SE and NNE-SSW. The former produced lava flows that reached the Red Sea in 1400 CE. Lava flows from the 1861 eruption traveled as far as 22 km to the east and also reached the coast. 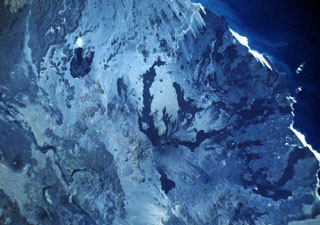