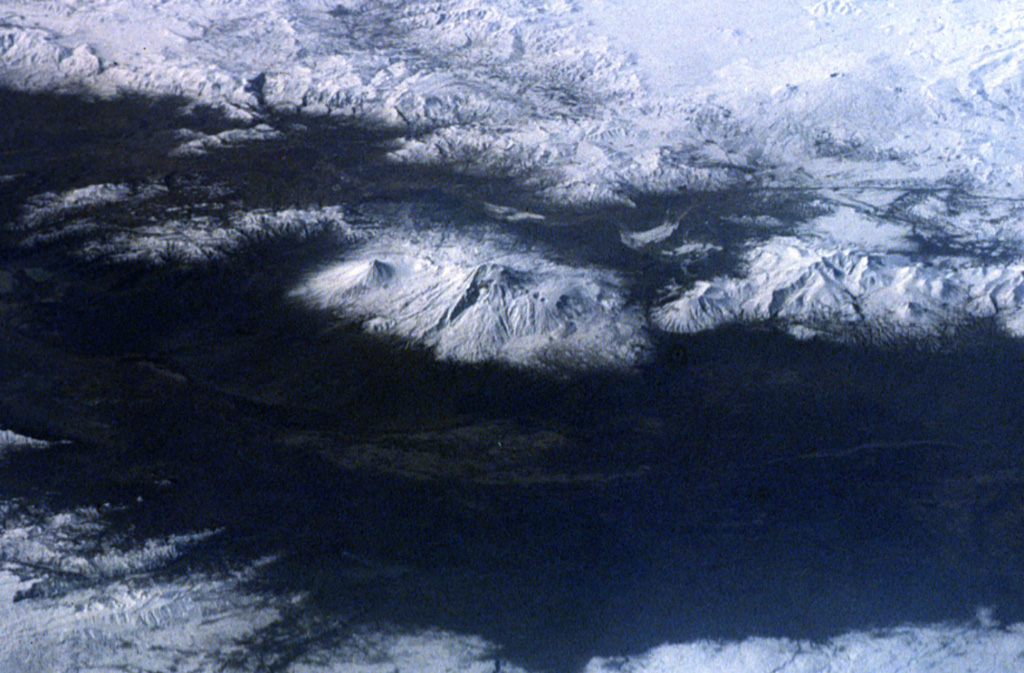 The snow-covered Mount Ararat massif is seen in the center of this 1992 Space Shuttle photo from the NE. The double-peaked stratovolcano is Turkey's highest, largest volume, and eastern-most volcano, near the borders with Armenia and Iran. Postglacial lava flows were erupted from flank fissures, and well-preserved craters are located on the flanks. 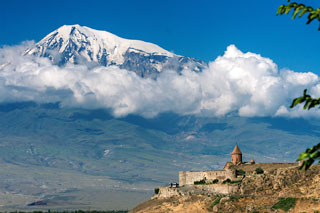