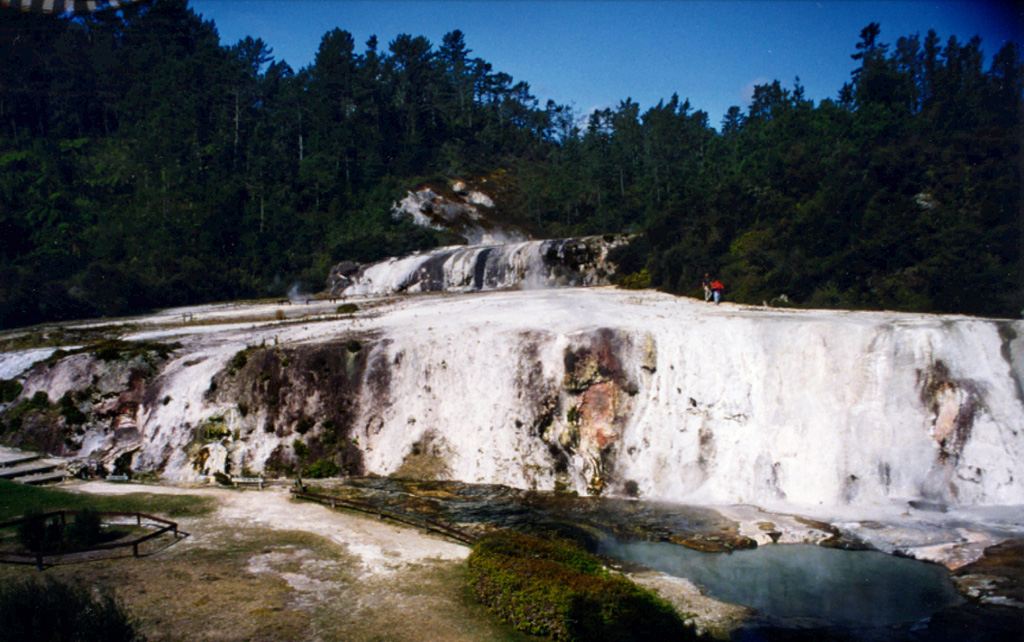 Siliceous sinter terraces located within the at Orakei Korako thermal areas in New Zealand. The thermal area lies along the Waikato River at an elevation of 260-360 m on the E side of the Maroa volcanic center. Hydrothermal explosions took place at five centers at Orakei Korako prior to the Taupo pumice eruption about 1,800 years ago, depositing explosion breccias that immediately underlie the Taupo Pumice. 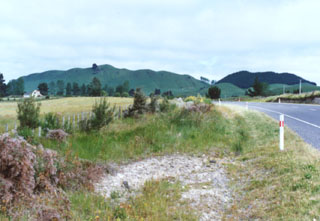