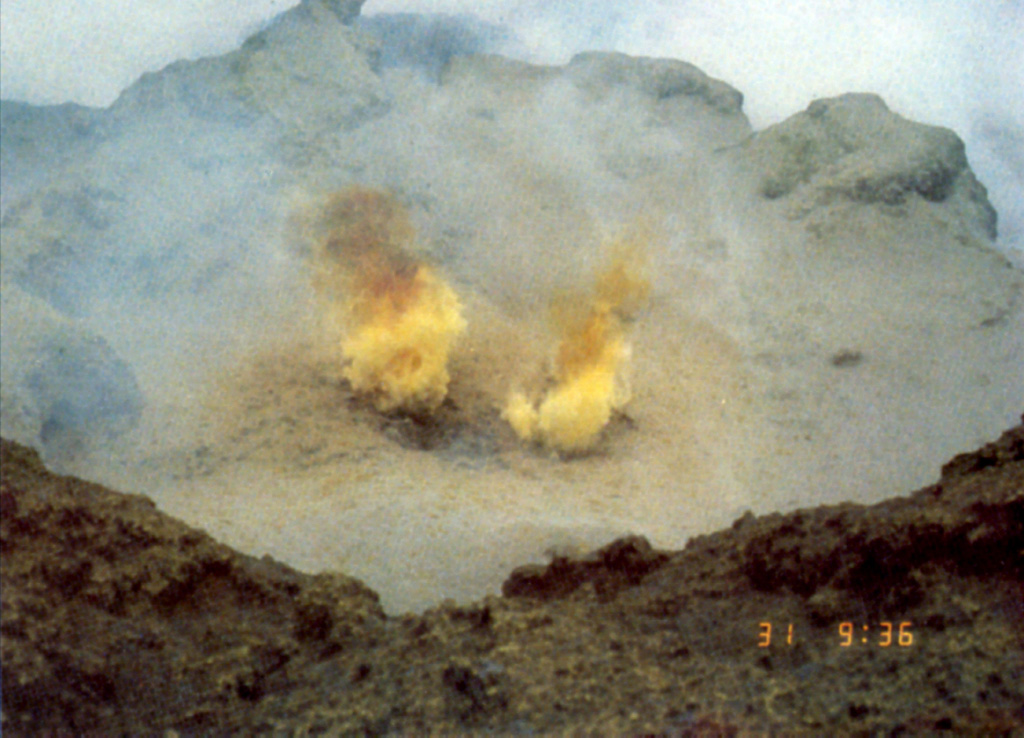 Fumarole gases at Poás are sometimes tinted yellow by the sulfur content. Sulfur clasts have been ejected during some explosive eruptions. Acidic gas plumes have damaged vegetation in the national park and surrounding areas, causing widespread devastation to coffee and other crops. An explosion on 9 April 1988 dropped acidic sulfur-rich mud on visitors, cars, and plants near the tourist overlook.