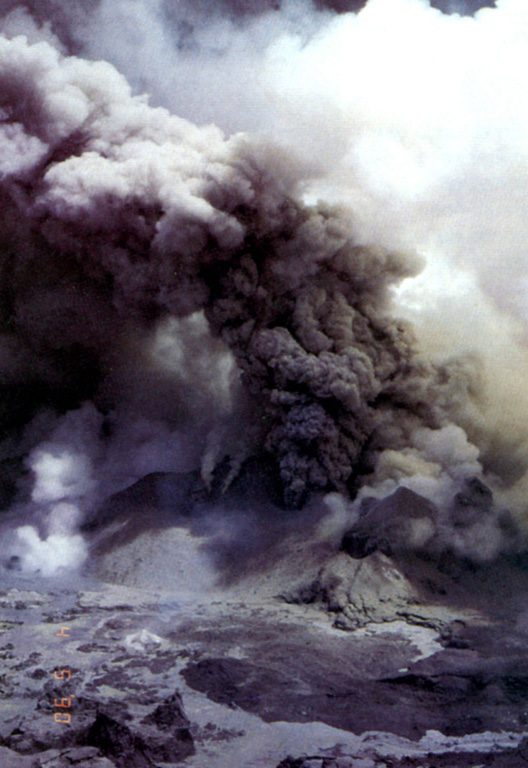 Ash plumes rise above vents in the Poás summit crater on 4 May 1990, near the end of an eruptive period that began in June 1987. At the time of this photo the crater lake had shrunk substantially to only several centimeters deep that fluctuated slightly with changes in rainfall recharge. Lake temperatures were over 72°C (measured by infrared thermometer), and small hot springs around the lake had temperatures of 85°C. Minor explosive eruptions continued into the following month.