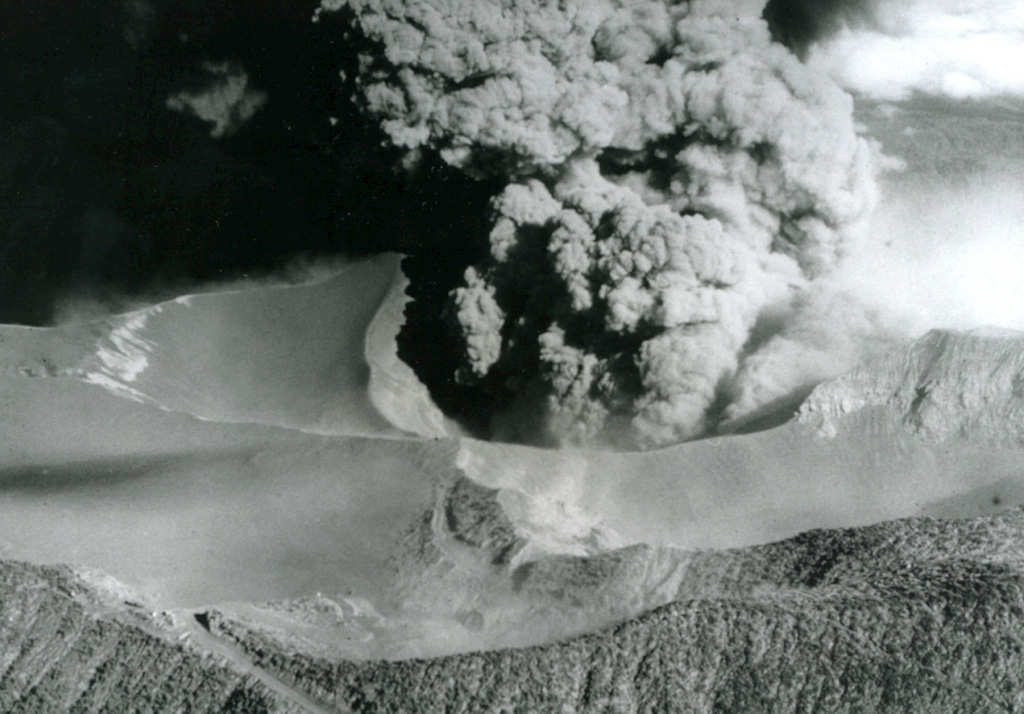 An ash plume erupts from the Irazú summit crater on 14 April 1964, about midway through a major explosive eruption that began in 1963. The ash-covered plateau to the left is Playa Hermosa, an older buried crater. The road to the summit is to the lower left. Heavy ashfall from the 1963-65 eruption was deposited across the Central Valley and caused major economic disruption.