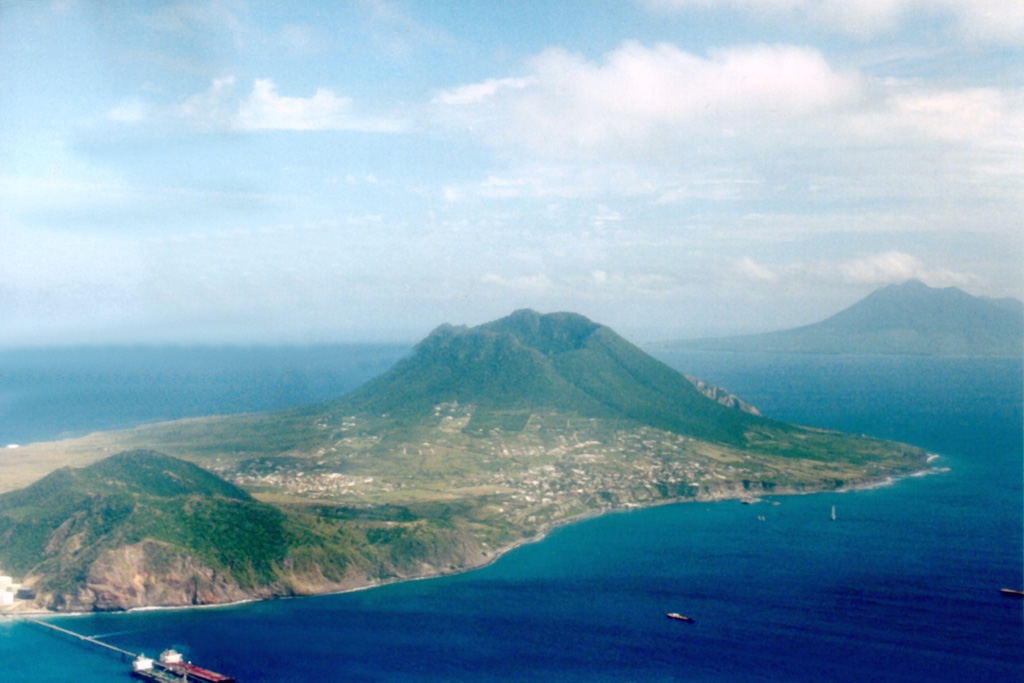 The Quill stratovolcano (center) forms the SE end of Statia (St. Eustatius) Island. Pleistocene volcanic rocks form the hill at the lower left, and Mount Liamuiga volcano on St. Kitts (St. Christopher) Island rises across the strait at the right center. A steep-sided 760-m-wide crater truncates the summit of The Quill, which was formed about 32,000-22,000 years ago by rhyolitic eruptions on a shallow-water limestone bank. Pyroclastic-flow and -surge deposits, the last of which were erupted about 400 CE, blanket the slopes of the volcano. 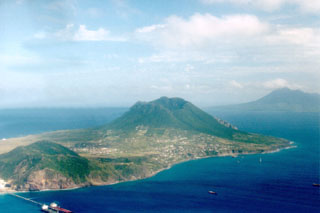