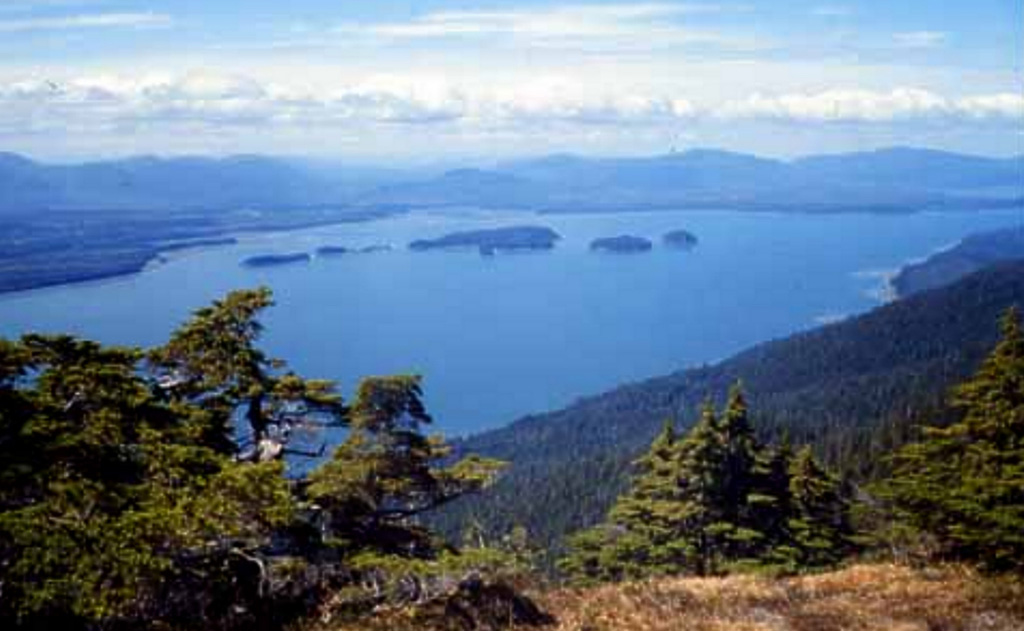 The Castle Islands (center) lie within Duncan Canal on Kupreanof Island in SE Alaska, as seen looking NW from the Lindenberg Peninsula. The Castle Islands mostly consist of Tertiary sedimentary and volcanic rocks, but the northernmost island (far-right side of the island group) contains Quaternary basalts. Pahoehoe and aa lava flows are also found at the south end of Kupreanof Island, where they overlie glacial till. 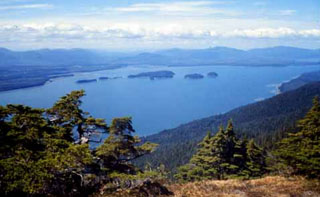