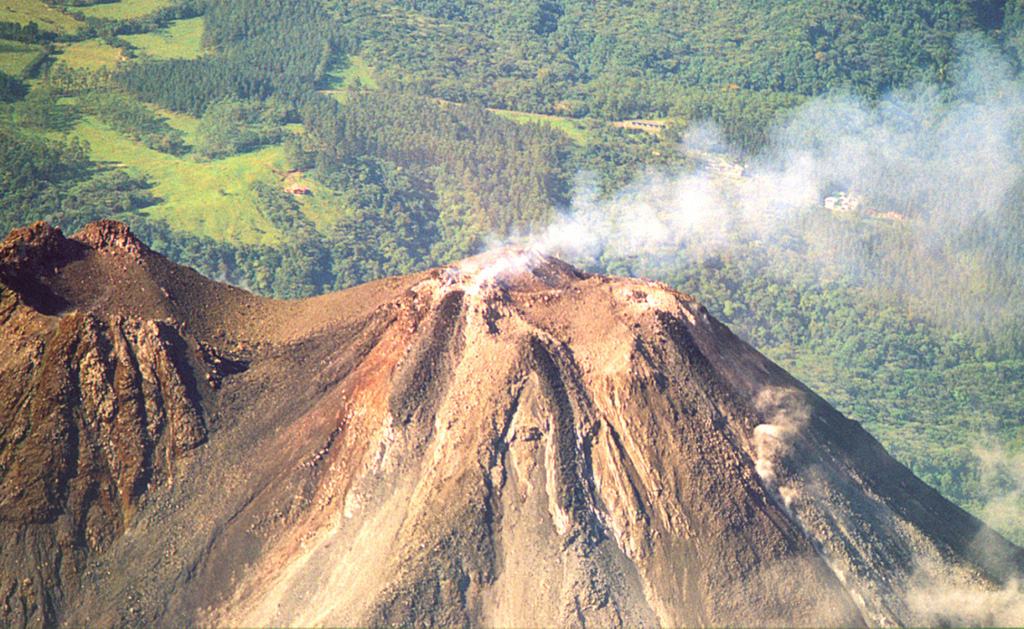 This May 2001 photo shows a gas plume bring dispersed to the west from Crater C, the most recent active summit crater of Arenal. A small saddle separates Crater C from Crater D (left margin), the vent of a major explosive eruption that occurred around 1530 CE.