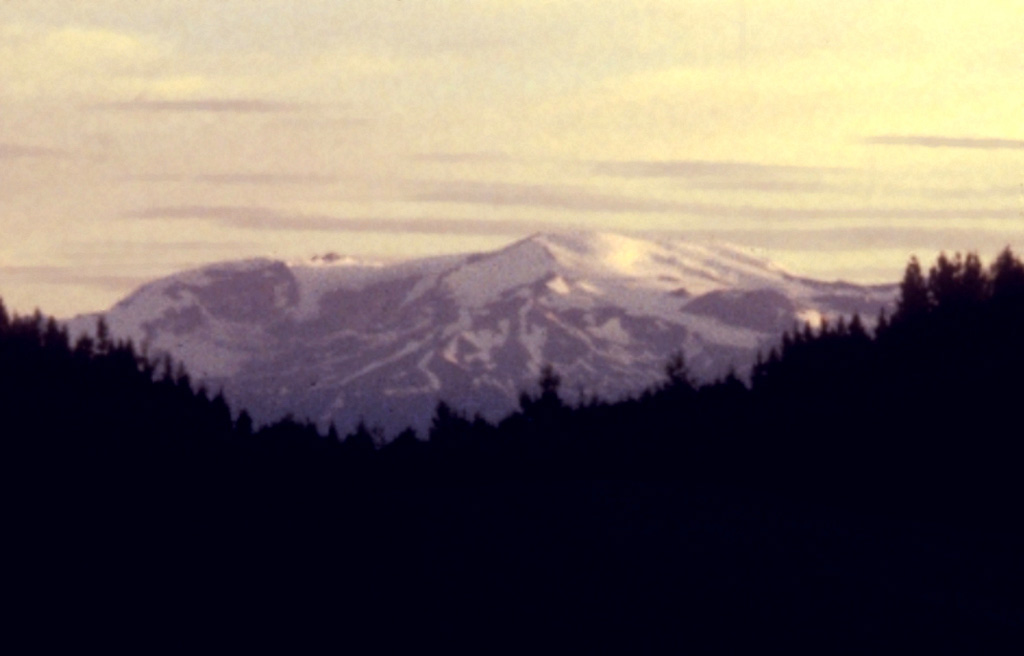 The Mount Edziza complex, seen here from the east along the Cassiar-Stewart Highway, is part of a large volcanic plateau that is the centerpiece of Mount Edziza Provincial Park, one of the largest in British Columbia. The complex was constructed over the past 7.5 million years during five cycles beginning with eruption of alkali basalts and ending with felsic and basaltic eruptions as late about 1,000 years ago. Numerous ice-contact features and products of subglacial eruptions are found in the Mount Edziza complex. 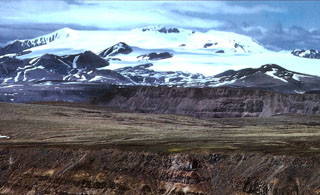