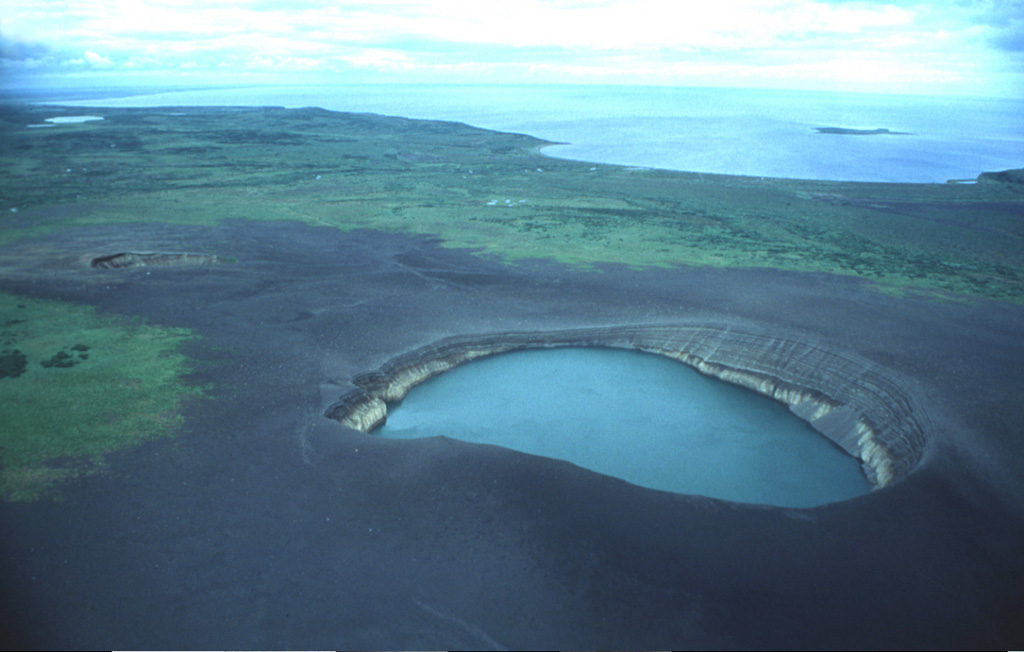 This lake-filled maar and another small crater (left) are the Ukinrek Maars, which formed during an eruption in 1977 in a lowland area of the Alaska Peninsula west of the main volcanic chain. The contact between lighter and darker material in the walls of the lake-filled eastern maar marks the original pre-eruption surface, which is now buried by a dark apron of ejecta produced during the eruption.