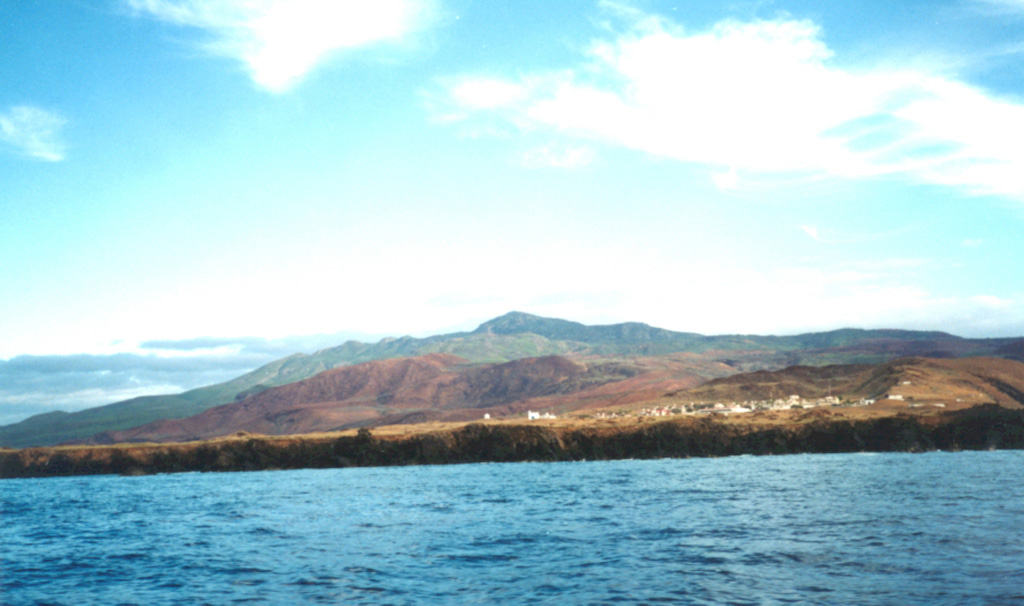 Cerro Evermann, the high point of Socorro Island, rises above a Mexican Naval camp near the southern tip of the island. Socorro lies in the Revillagigedo Islands south of Baja California. Cerro Evermann is a cone and lava dome complex that forms the summit. Rhyolite lava domes have formed along flank rifts, and silicic lava flows that were erupted from summit and flank vents have created an irregular shoreline.