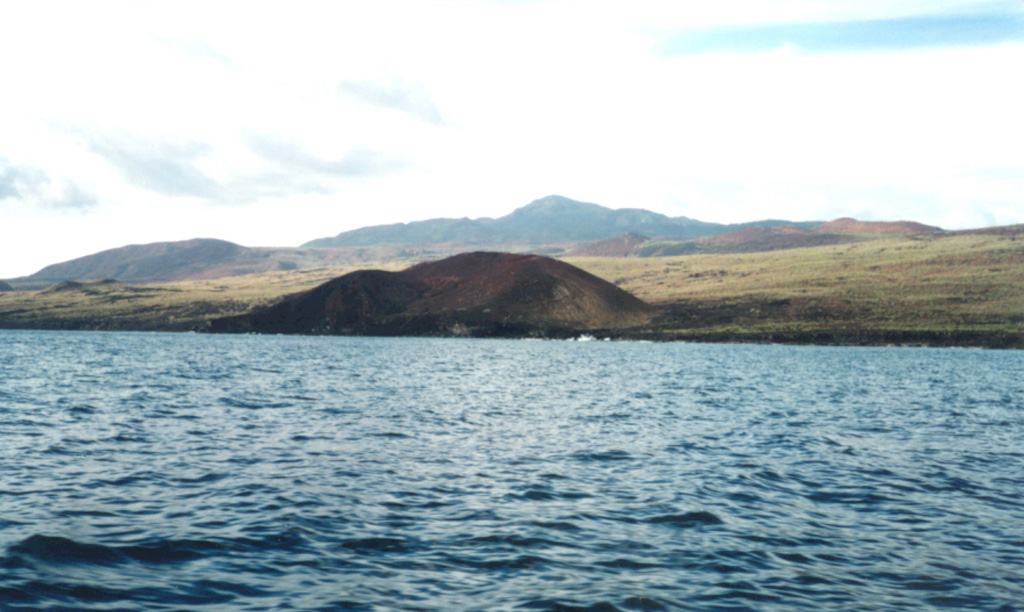 This cone lies along the SSE coast of Socorro Island, east of Cabo Rule (also known as Cabo Regla). The peak on the center horizon is Cerro Evermann, the high point of the island. Basaltic cones and lava flows of the Lomas Coloradas formation blanket the southern tip of the island. Although 80% of the surface of the island is covered by silicic post-caldera lava domes and flows and few pre-caldera rocks are exposed, the bulk of the Socorro shield volcano is considered to be composed of basaltic deposits.