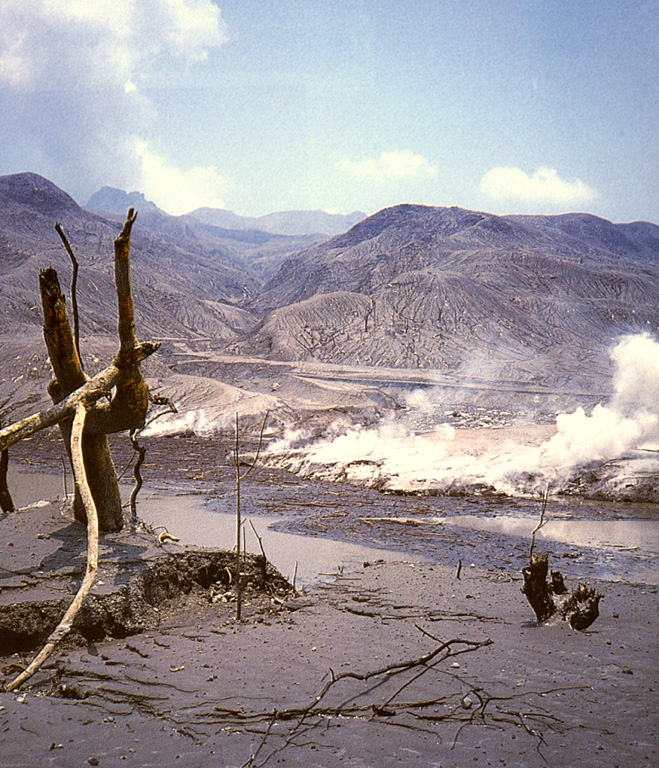 Pyroclastic surges completely devastated vegetation on the flanks of El Chichón out to distances up to 8 km from the crater. Hot pyroclastic flow and surge deposits are seen in this early April 1982 photo at Francisco León, 5 km SSW of the crater. Three major pyroclastic flows occurred on 3 and 4 April, devasting an area of 153 km2; all three surges reached Francisco León. Pyroclastic surges traveled over ridges as high as 300 m.