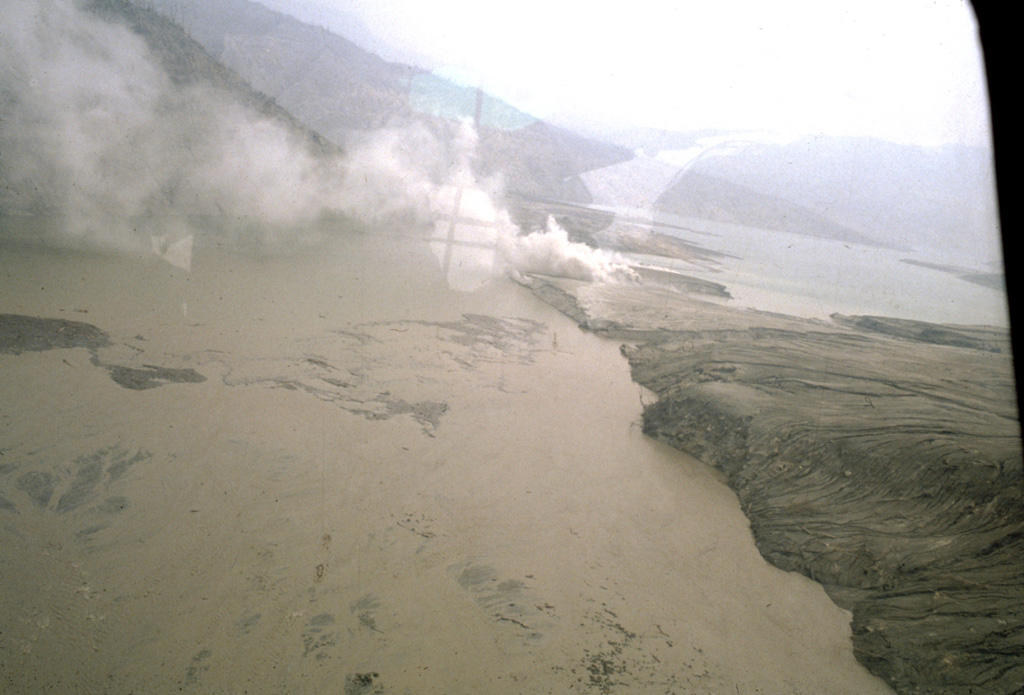 Major pyroclastic flow deposits of the 3-4 April 1982 eruptions at El Chichón formed natural dams blocking the Rio Magdalena. This tephra dam was located about 4.5 km WSW of the crater and produced a lake that eventually reached 4 km in length and had a volume of 26 million cubic meters. It failed catastrophically about seven weeks after the end of the eruption (26 May), causing a massive lahar with temperatures reaching 82°C that destroyed a bridge and damaged a hydroelectric site, killing one worker and badly scalding three others.