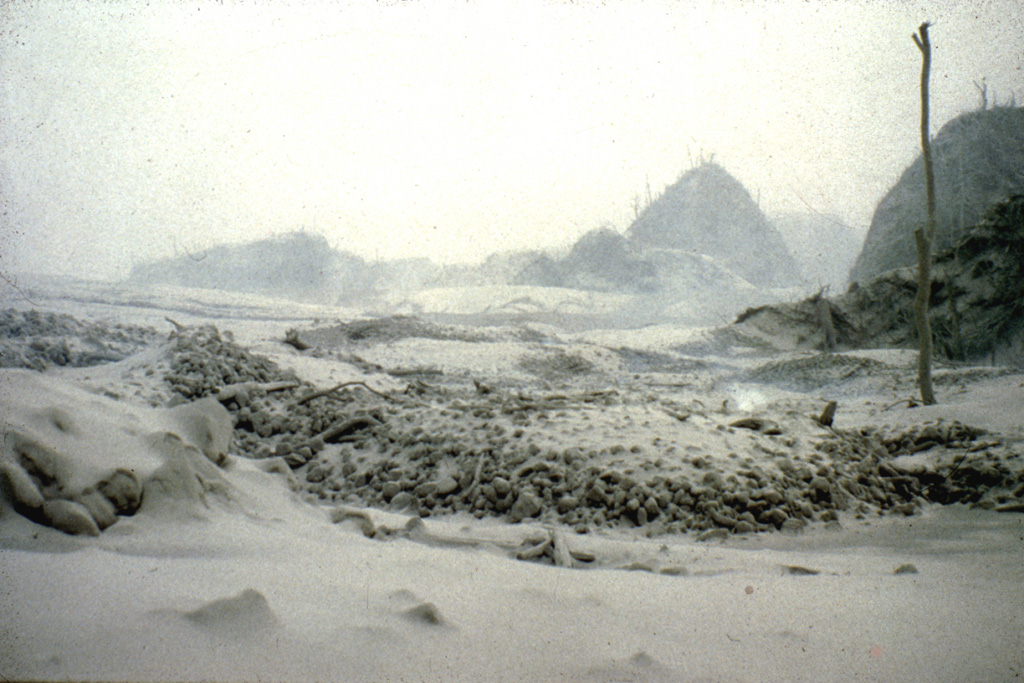 A pyroclastic flow lobe about 4 km NE of the crater, south of Nicapa, is seen within a day or two of its deposition on 4 April 1982. The Nicapa valley was the site of the most extensive pyroclastic flows of the 1982 El Chichón eruption. Up to three units are present, each 2-15 m thick and containing abundant pumice blocks 15-40 cm in diameter. Volcanic ash (fragmented rock, crystals, and glass) from the 4 April pyroclastic surges cover a broad radial area around the crater to distances 1.5 km beyond the extent of the pyroclastic flows in the Nicapa valley.