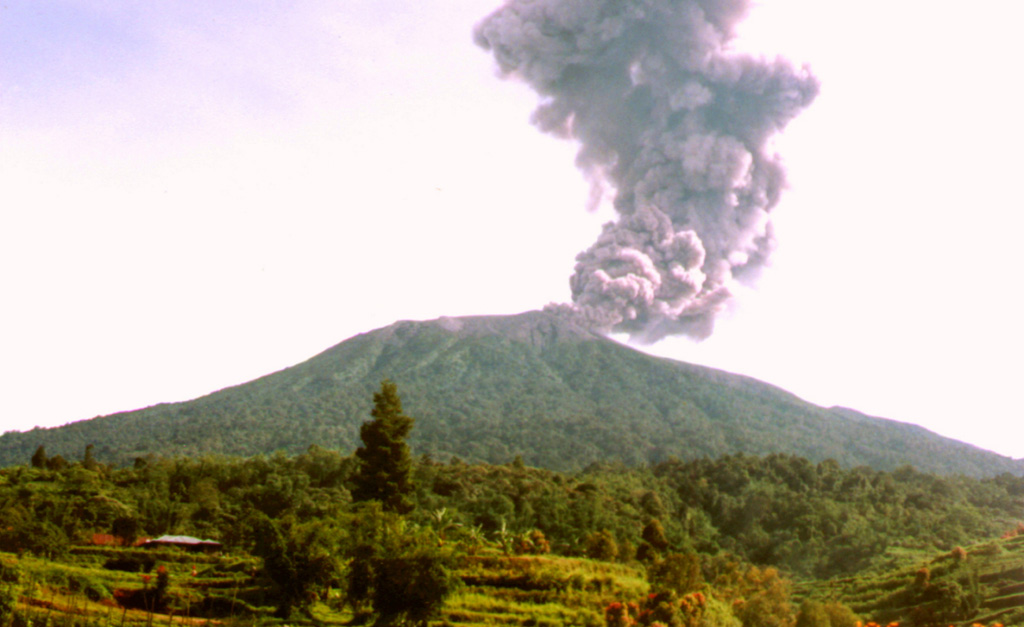 An ash plume rises from the summit crater of Marapi volcano in this undated photo, perhaps from the late 1980s or early 1990s. Marapi produces frequent small-to-moderate explosive eruptions that have been recorded since the 18th century.