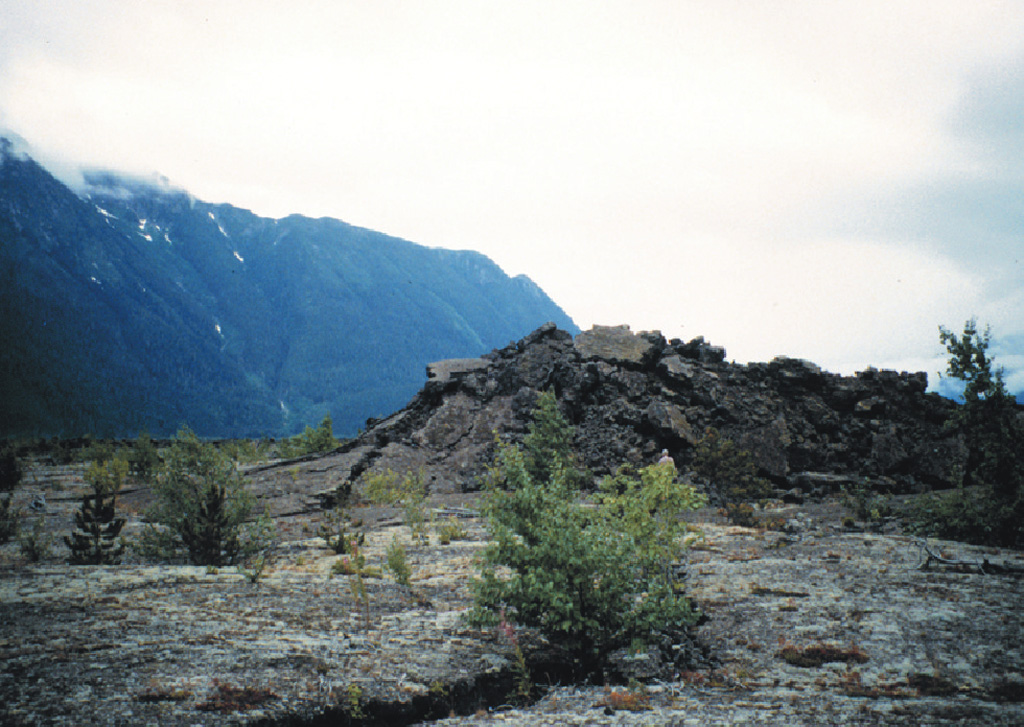 The Tseax River scoria cones (Aiyansh volcano) at the southern end of the Stikine volcanic belt have been the site of some of the youngest volcanic eruptions in Canada. This photo shows a tumulus in the middle of a broad lava plain in the Nass River valley produced by the Tseax River flow, which traveled 22.5 km. The volcanic field has erupted at least twice (625 and 220 radiocarbon years ago), and activity was recorded in tribal legends. 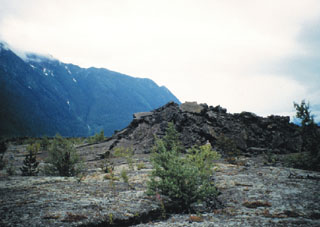