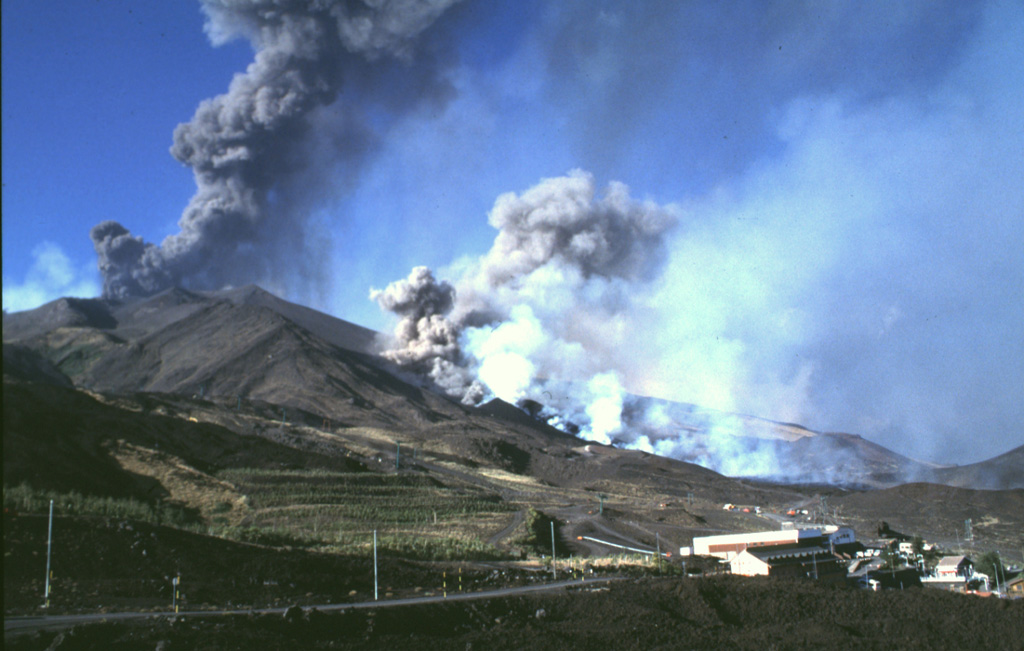 Etna during the climax of the 2001 eruption, which took place on 21-23 July. The upper ash column rises from a vent on the far side of Montagnola. The lower, smaller series of plumes rise from vents and associated lava flow at 2,100 m elevation. The 2001 eruption began on 17 July and lasted until 9 August.