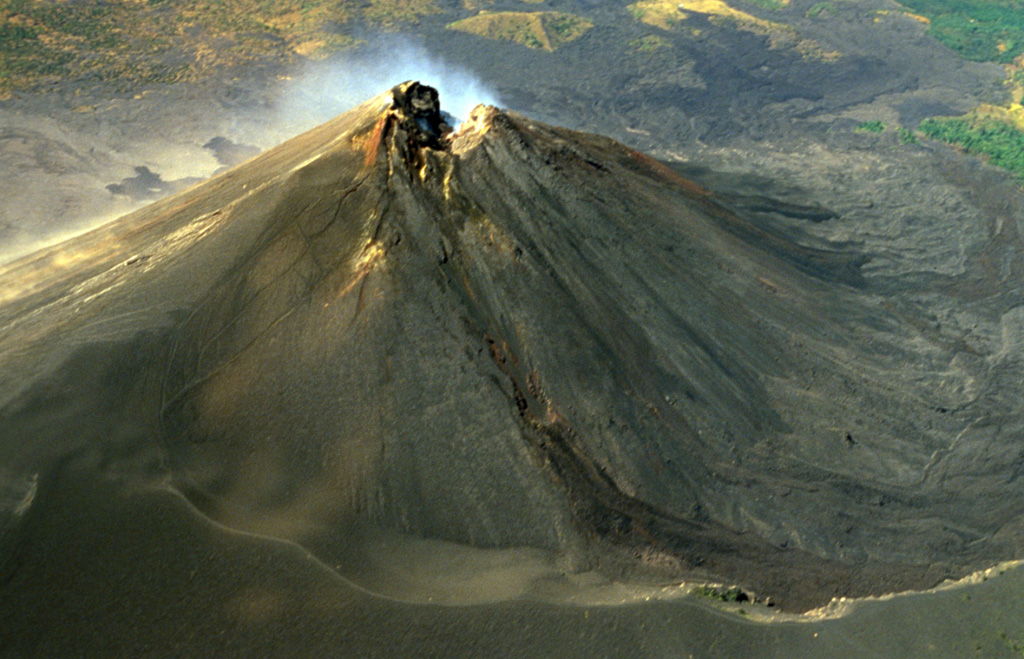 The degassing MacKenney cone summit crater of Pacaya is shown in this February 1999 aerial view from the north. A trail in the foreground is along the rim of a large horseshoe-shaped crater inside which the cone was constructed. Lava flows from the summit crater and flank vents of MacKenney cone have traveled into the moat and subsequently been deflected to the west and south.