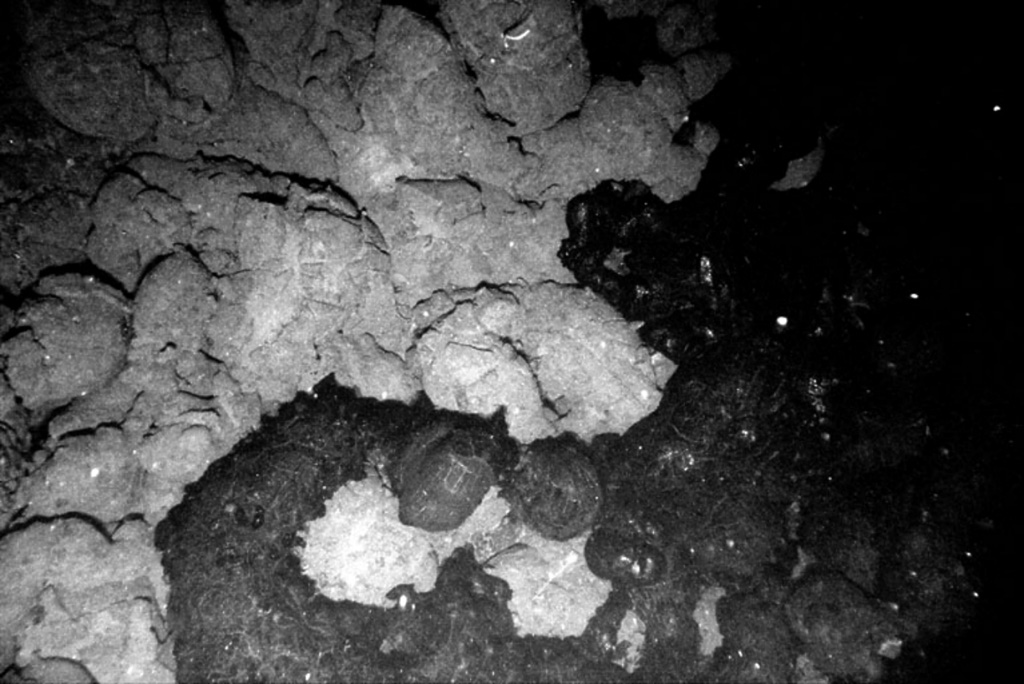 This lava flow was erupted in 1996 along the North Gorda Ridge, the northernmost of five segments of the Gorda Ridge located immediately south of the Blanco Transform Fault, which offsets the Gorda and Juan de Fuca spreading ridges. Submarine cameras revealed new lava flows about 100-200 m wide along a fissure that was at least 3.5 km long. The 65-km-long North Gorda Ridge segment is located about 200 km W of the southern Oregon coast and has an hourglass shape in plan view, with a shallower narrow axial valley at the center. 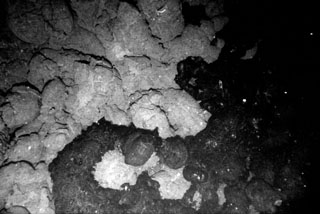