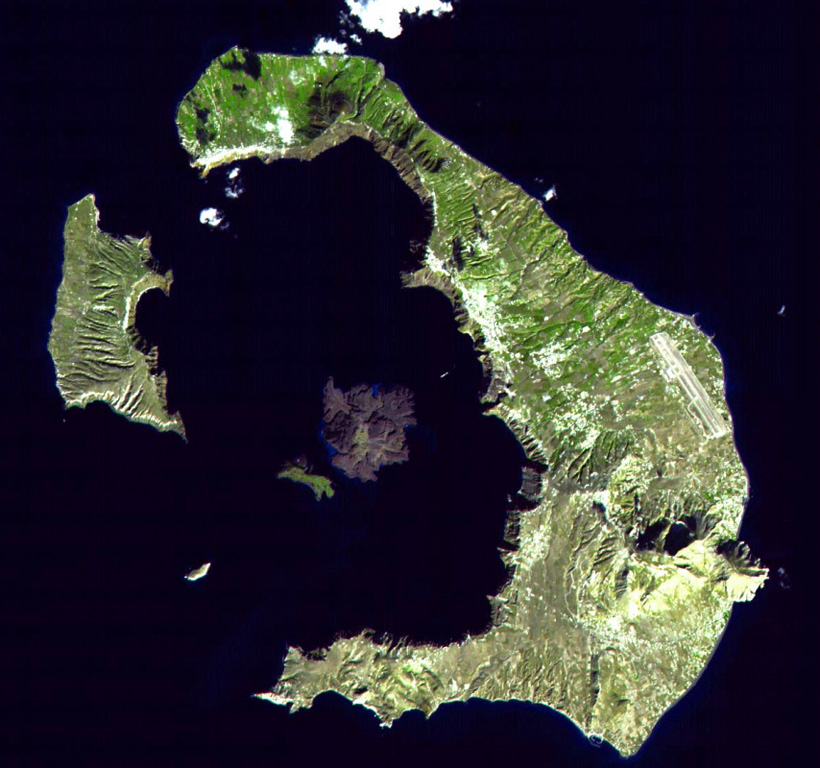 The mostly-submerged caldera of Santorini volcano is seen from space in this NASA satellite image. The 7.5 x 11 km caldera was formed during at least four major explosive eruptions, the last of which occurred about 1,650 BCE. The arcuate islands of Thira (right) and Therasia (left) form the outer flanks of the caldera. Nea Kameni Island is near the center of the caldera, which along with Palea Kameni Island to its left, is part of a post-caldera cone formed during historical eruptions dating back to 197 BCE.