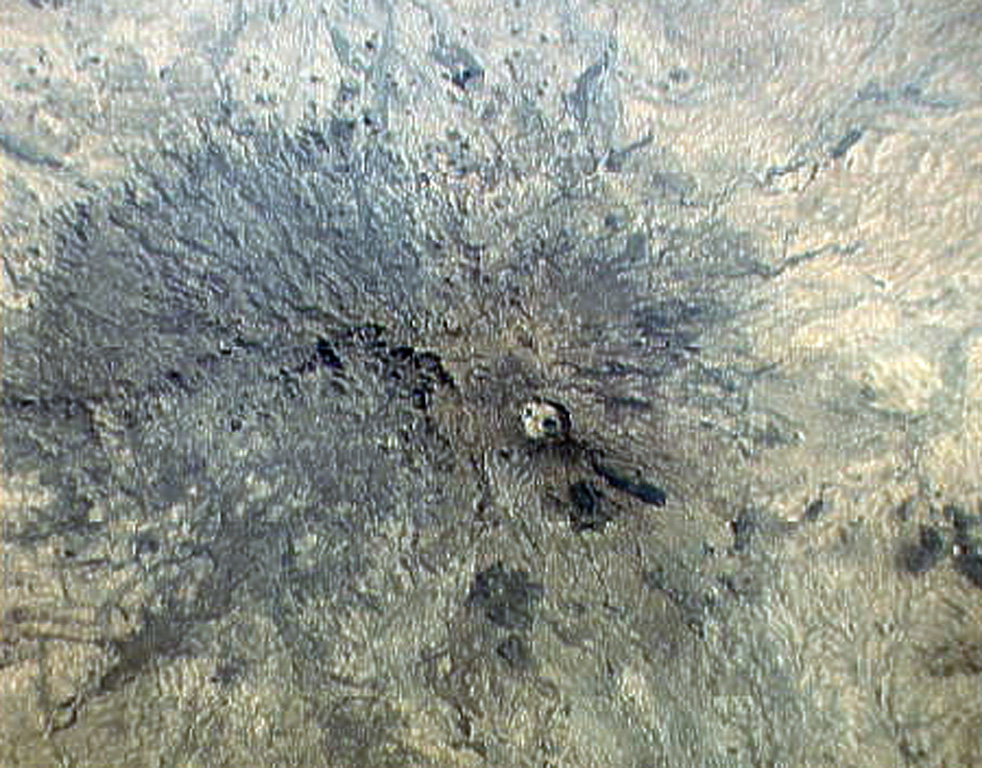 The small circular area just right of the center of this Space Shuttle image is Deriba caldera, the most prominent feature of the vast Jebel Marra volcanic field in western Sudan. The 5-km-wide, steep-walled caldera was formed about 3,500 years ago during an eruption that produced voluminous airfall pumice and pyroclastic flows that traveled more than 30 km from the volcano. Ash eruptions may have continued into early historical time, and fumarolic activity continues on the flanks of the caldera. 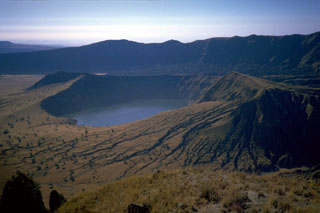